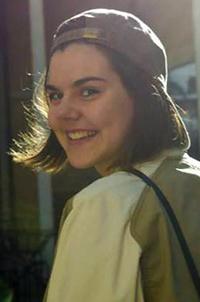 Can you imagine 13 youth going against a multinational, multibillion-dollar corporation? Here in Minnesota, we have a group of our own. Thirteen Youth Climate Intervenors, ranging from ages 16-24, have been inside and outside the courtroom fighting Enbridge’s proposed Line 3 pipeline in northern Minnesota since last summer. Their outspoken bravery in upholding the health, legal rights, and environmental protection of all people is admirable. As forward-thinking and sensible Minnesotans, we need to support their efforts.

Enbridge’s Line 3 pipeline would be a dangerous investment in fossil fuels for our state, and the Youth Climate Intervenors show us why. The project would rebuild more than 1,000 miles of the existing Line 3 pipeline, carrying Canadian crude oil into the country on a new route through indigenous land and precious waterways. While the probability of a major spill is low (though Enbridge caused the biggest mainland oil spill in U.S. history near Grand Rapids in 1991), the likelihood of pollution accumulation for vulnerable communities is high. The bottom line is, we young people know that any endorsement of fossil fuels is unsustainable and unjust. It’s time we all join the Youth Climate Intervenors in reimagining an economic and social future for Minnesota that is based on renewable energy and environmental justice.

As a formal intervening party in Enbridge’s permit process case, the Youth Climate Intervenors have been working tirelessly to bring distinct legal arguments against Line 3 to the Public Utilities Commission. Many Youth Climate Intervenors object to the pipeline because of its impacts on indigenous land, life, and cultural resources. In fact, its construction on Ojibwe land through wild rice beds would break longstanding treaty rights and disproportionately pollute Native communities, who already face health disparities. Other Intervenors want to uphold Minnesotans’ abilities to hunt, fish, practice spirituality, and safely enjoy our 10,000 lakes. Finally, many cite the importance of transitioning away from fossil fuels to sustain our state’s healthy water, air, land, and economy for the rest of our lives and for future generations.

The Youth Climate Intervenors and other young climate activists have compromised their daily responsibilities and private lives to spread the message that benefits us all: Minnesota has no business with crude oil. Besides the legal work managed by the Climate Intervenors, a group of indigenous youth finished their 250-mile symbolic paddle through northern Minnesota waters to protest Line 3 in early September. Today, young activists continue to occupy a pipeline resistance camp near the proposed building site. Others have organized community rallies, listening sessions, and fundraisers in the Twin Cities to sustain one anothers’ work. As a youth climate activist from Minneapolis myself, I am particularly moved by my peers’ commitment and urge others to join in solidarity.

The Youth Climate Intervenors show what it looks like for each one of us to have a stake in the collective well-being of Minnesota. The group is made up of diverse individuals from different schools, hometowns, ages, and racial and cultural backgrounds. The strength of their coalition shows us the possibilities for connection across difference, and gives us examples of how to articulate our own personal involvement in environmental justice. By supporting the Youth Climate Intervenors, we are trusting the narratives of those directly affected by corporate pollution and climate change, and asking ourselves what role we can play as allies in the process.

So, whether you live near the proposed pipeline route, or believe in upholding indigenous cultural rights, or want to continue fishing or camping in unpolluted waters, or desire a just transition to a renewable energy economy in Minnesota, we all have reasons to join the 13 Youth Climate Intervenors in their battle against the Line 3 pipeline. Fortunately, we’re not alone — tribal governments, environmental groups, and the Minnesota Department of Commerce are also united in legal opposition to Enbridge. As members of the public, we can talk about Line 3 in our social circles, keep up with the news, attend public hearings and community events, sign up for the mailing list on stopline3.org, and/or donate to Line 3’s resistance camp, Camp Makwa. Most of all, the Youth Climate Intervenors deserve our gratitude and encouragement.

Don’t hesitate to get started. The Public Utilities Commission is expected to grant or deny Enbridge’s permit to build the Line 3 pipeline in late June.

Adele Welch is a student at Macalester College in St. Paul.