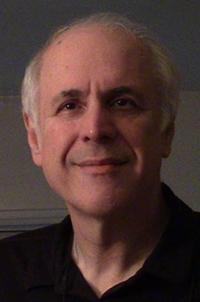 The headline on the New York Times story was startling: “Foster Care as Punishment: The New Reality of ‘Jane Crow.'” The story documented case after case in which poor African-American children were taken from their families and consigned to foster care in situations that would get barely a passing glance in affluent white families. The story described the needless trauma inflicted over and over on children of color.

The Times reporters found this in spite of the fact that New York City shows unusual restraint in removing children, doing so at one of the lowest rates in the country.

So what must it be like to be a poor, black or Native American child in a place that tears apart families at one of the highest rates in the country – a place like Minnesota?

Sixth highest rate in the country

No, this is not because of opioids or any other drug plague. Minnesota has been an outlier since at least 1999 and probably far longer.

Everything was made worse by the state’s bungled response to the death of Eric Dean in 2014. The governor promptly named the obligatory task force. Incredibly, the task force concluded that a state which for nearly two decades was among the most extreme in tearing apart families was not extreme enough. The result was predictable: a foster-care panic – a sharp, sudden spike in children torn from their homes.

Of course all of this was done in the name of making children safer. After all, New York City, with its much lower rate of removal, has had horrible cases of deaths of children known to the system so clearly – oh, wait. Minnesota is still seeing such tragedies as well, in spite of taking children at a rate more than six times higher.

That’s because most cases are nothing like the horror stories. Far more common are cases in which family poverty is confused with “neglect.” Other cases fall between the extremes. The problem is compounded by the sort of racial bias cited by the Minneapolis NAACP.

So it’s no wonder that two massive studies involving more than 15,000 typical cases found that children left in their own homes typically fared better even than comparably maltreated children placed in foster care. A University of Minnesota study, using a smaller sample and different methodology, reached the same conclusion.

But even that isn’t the worst of it. The more that workers are overwhelmed with false allegations, trivial cases and children who don’t need to be in foster care, the less time they have to find children in real danger. So they make even more mistakes in all directions. That’s almost always the real reason for the horror stories about children left in dangerous homes.

That’s why Minnesota’s longstanding embrace of a take-the-child-and-run approach to child welfare, an approach that’s only worsened in recent years, makes all children less safe.

Looking to other states

In contrast, overall child safety improved in New York City as rates of removal declined. In Alabama, a seemingly unlikely model, but one cited everywhere from The New York Times to the Arizona Daily Star, independent court monitors found that a class-action lawsuit settlement requiring the state to emphasize family preservation improved child safety. (The suit was brought by the Bazelon Center for Mental Health Law. The center’s legal director also is a member of my organization’s volunteer board of directors.)

That’s not as surprising as it may sound.

Proposed legislation that would require greater efforts to avoid taking African-American children from their homes would be a start. But Minnesota needs to do far more. It needs to rethink nearly two decades of child welfare policy that has made it a national example of child welfare failure, and look instead to the few places that have succeeded in making children safer.

All of those places have one thing in common: They emphasize safe, proven alternatives to foster care.

Richard Wexler is executive director of the National Coalition for Child Protection Reform.