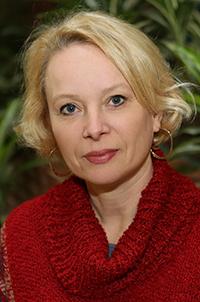 Imagine that you received the following in your inbox:

International cancer researchers made a unified statement to the world today. They have concluded that since there is not one solution that will cure all cancers there is no point continuing their work toward a cure. They send their thoughts and prayers to cancer patients and their families.

That sounds ridiculous, right? Yet after each highly publicized mass shooting in America politicians, gun lobby experts and your belligerent brother-in-law Bob will boldly and unapologetically argue that “there is not one law we can make that will eliminate all gun deaths” — and this is presented as a logical and suitable end to the discussion. Or worse, they offer solutions that are likely to cause even greater harm, such as arming schoolteachers so there can be more “good guys with guns.” Even those working to prevent gun violence fall into this trap when they focus energy primarily on assault-weapons bans as the first step to end our epidemic of gun violence in America.

96 Americans die every day at the end of a gun

Mass shootings capture the news headlines for a brief amount of time, but the more shocking reality is that, on average, 96 people die at the end of a gun every day in America. Of those 96 people shot and killed every day, seven are children or teens, 50 are women shot by an intimate partner. While assault weapons receive a lot of attention and derision, very few daily incidents are caused by assault rifles. The overwhelming majority of deaths and injuries are caused by handguns, rifles and shotguns.

Can you imagine any other health issue where seven children die every single day and there is no action taken to prevent it? Each year 500 or more children die by gun suicide, and tragically they often use a gun owned by their parents or another relative. Yet the fact of their deaths is ignored by the media and the gun lobby continues to stoke the fear that leads adults to buy guns for self-defense.

The facts may make us feel hopeless, but there is plenty we can do if we focus on an evidence-based and comprehensive public health approach to solving each area of gun violence. Because of a virtual ban on research into gun violence prevention it is difficult to build a list of priorities specific to gun policy. However, using the example of gun suicide we can use research and methods developed in mental health and crime prevention that will save lives.

In Minnesota 78 percent of gun deaths are gun suicides. A common response to this statistic is, “Well, they would’ve killed themselves a different way if they didn’t have a gun,” but this has been soundly disproven. A review of research shows that 90% of those who survive a suicide attempt will not die by suicide later. Unfortunately, when you compare how a suicide is attempted you find startling differences in effectiveness – attempting suicide with a gun results in death more than 85 percent of the time while an overdose results in death approximately 2 percent of the time. This information, taken together, says that preventing suicide is worthwhile, and preventing gun suicide is an urgent priority.

Specific legislative changes are an important component, however, that will make other suicide prevention efforts more effective. Requiring criminal background checks on all gun sales, or closing the “gun show loophole,” is a specific and targeted approach that I once heard a public health researcher refer to as a “no-brainer.” In states where this change is in place they see a more than 40 percent decrease in all types of gun deaths, including suicide. Reducing the means to gun suicide by making guns more difficult to purchase reduces gun death.

Even more focused action like the Extreme Risk Protective Order (ERPO) law recently passed in Florida allows family members, law enforcement and the courts to temporarily remove guns from those in a crisis. A Minnesota version has been introduced at our state Capitol, although it appears stalled. This law would provide one more life-saving tool to those trying to avert a crisis, and maybe even prevent a mass shooting.

Even though these proposals enjoy broad popular support, our legislators have failed to act. Your role in ending our epidemic of gun violence is to call your state and federal legislators today to urge them to take action. For too long the gun lobby and belligerent gun activists have been the only ones making those calls. Preventing gun violence – whether in the form of mass shootings or the everyday violence that kills 96 people each and every day — requires a comprehensive public-health approach. It is not about partisan politics. It isn’t just about stopping the next mass shooting. It is about everyday action to save the lives of the people we love.

Marit Brock is a mom, gun violence survivor and founding member of the Minnesota Chapter of Moms Demand Action. She currently serves as the deputy chapter leader for the Minnesota chapter and believes passionately in the power of grass roots organizing to create positive change.