Today the Minnesota Office of the Legislative Auditor (OLA) released an extensive report about Minnesota’s early education system. In careful auditor terms, the report essentially told the Minnesota Legislature that the system is not as strong as Minnesota children deserve. 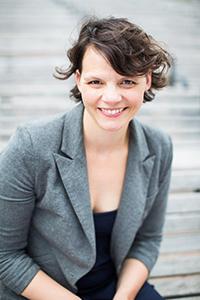 For instance, the OLA report said: “Minnesota’s key early childhood programs are complex, fragmented, and their statewide effectiveness is unknown.”

I am a stalwart early education champion, but couldn’t agree more. In Minnesota, we currently have seven different funding streams that in some way pay for early care and education program access for children under age 5. Those streams include the Childcare Assistance Program (CCAP), Early Learning Scholarships – Pathway I, Early Learning Scholarships – Pathway II, Head Start and Early Head Start, School Readiness, School Readiness Plus, and a Universal Pre-K (UPK) model, which is called Voluntary Pre-K in Minnesota.

In seven different ways, Minnesotans invest over $400 million per year to help children attend early care and education programs. Such investments are wise and should grow, but the current approach to making the investments is not.

Our system is made up of an uncoordinated mix of approaches that has been haphazardly pieced together over several decades. The seven funding streams are housed in different parts of state government, which means no single leader or organization is empowered for coordinating funding streams or is accountable for producing strong outcomes. In fact, kindergarten-readiness outcomes and other key measures are not consistently tracked or disclosed. All of this leaves Minnesota parents, early educators and policymakers confused and underinformed.

Not aligned with best research on gap-closing

Beyond being uncoordinated and unaccountable, the funding streams are not aligned with the best available research about how to use early education to prevent and close achievement gaps. Achievement gaps – differences in levels of proficiency measured between groups of children of various racial, ethnic and income groups – must be the major focus for Minnesota’s early education system, because we have some of the worst achievement gaps in the nation, and those gaps can be measured as early as age one.

To prevent and close achievement gaps, and the early learning opportunity gaps that cause them, the best available research tells us that our early education system must do at least four things: 1) start very early in life; 2) target resources to the most vulnerable children; 3) demand that kindergarten-readiness best practices be used; and 4) be flexible enough to meet the needs of a wide variety of children and parents. None of Minnesota’s seven funding streams does all of those things as well as it should.

I realize this isn’t the most exciting issue. But this is a debate that could have a profound impact on Minnesota’s children, because a coordinated, efficient and accountable system could help us serve more Minnesota children more effectively than our current hodge-podge approach does.

In 2017, a bipartisan group of Minnesota legislators, including House Education Finance Chair Rep. Jenifer Loon, GOP-Eden Prairie, and former Rep. Paul Thissen, DFL-Minneapolis, offered legislation to better coordinate these investments. The bill made a single leader in state government responsible for coordinating multiple funding streams. That leader would be accountable for making the system as clear, transparent, research-based, accountable, efficient, and effective as possible. A constructive debate has begun, and this thoughtful OLA report should give the Legislature renewed urgency to finish that debate in 2019.

To enact a strong, coordinated system, early education advocates need to be flexible. Rather than fighting to preserve the familiar, comfortable early education status quo, we all need to challenge ourselves to build a system that will work best for Minnesota’s children and taxpayers.

Ericca Maas is the executive director of the early education oriented nonprofit Close Gaps by 5.