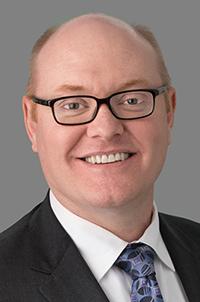 “The best anti-poverty program is a job,” goes the expression. And who could disagree? But Americans value employment for more than its ability to put food on the table. Most of us view jobs as a fundamental part of our identity — not simply a paycheck, but a source of pride and meaning.

President Bill Clinton recognized this. “Work is about more than making a living, as vital as that is,” he said. “It’s fundamental to human dignity, to our sense of self-worth.” Similarly, President Donald Trump observed, “There is dignity in every honest job … nobility in every honest worker.” And in Memphis, 50 years ago, the Rev. Martin Luther King Jr. spoke of the importance of every occupation. “No work is insignificant,” he told the city’s sanitation workers. “All labor that uplifts humanity has dignity and importance.”

The role of employment in alleviating poverty and generating self-worth was the theme of a conference recently convened by the Minneapolis Fed’s Opportunity and Inclusive Growth Institute. Participants discussed not only troubling employment trends but also their worrisome social consequences.

Harvard economist Jason Furman referred to a “grand bargain” long embraced by the United States. We unleashed free markets — accepting the inequality and insecurity they generate — in return for strong growth and healthy job markets. For decades this generated robust employment and rising wages.

But the bargain has recently been broken. Despite little regulation and high inequality levels, employment rates of prime-age women and men are now low by world standards. The problem for men is not new, particularly not for African-Americans. Unfortunately, female employment rates, previously globally-leading, have now stagnated. Many fear that new technologies and globalization will make these disparities worse.

Our scholars shed light on why labor markets have worsened, how we can improve them, and what the future has in store. They agreed that automation and trade with China have cost U.S. manufacturing jobs. But jobs in other sectors have also declined. Why so? And why have African-Americans suffered disproportionately?

What can we do? A federal jobs guarantee, advocated by Institute advisor William Darity Jr. might be preferable to “universal basic income” in part because jobs provide social networks and, indeed, self-worth. Wage subsidies, “baby bonds,” expungement of criminal records, enforcement of anti-discrimination laws, and less occupational licensing may also help. But all agreed that there is no silver bullet, no perfect program to quickly heal America’s ailing job market.

There was also consensus that to ensure good outcomes, we need to evaluate policies carefully. Economist Amanda Agan showed that “Ban the Box” policies, which forbid questions about criminal histories, cause employers to discriminate against job seekers with distinctly black names, exacerbating the problem it was intended to solve. (Wary of unintended consequences, the city of Minneapolis has engaged the Minneapolis Fed on a multiyear evaluation of the effect of its minimum wage law on jobs, earnings, and profitability.)

What does the future hold? Not all is lost. If implemented effectively, automation can actually increase jobs, noted economist Pascual Restrepo, who said we should only “fear mediocre robots” that don’t enhance productivity.

But perhaps the biggest changes are occurring not in technology or trade but social attitudes, and these changes may require rethinking our deeply held values about jobs. Sociologist Kathryn Edin told us that high-school educated men no longer see jobs as a source of personal dignity, as did their fathers and grandfathers. Their self-worth derives from side projects and entrepreneurial activities. Perhaps we need to encourage this trend. “We’re in a period of cultural and social change,” she said, “that is going to demand that we create new institutional forms.”

Being without a job is deeply harmful. Not only do the unemployed risk being trapped in generational poverty, they also experience increased mortality, including so-called deaths of despair. Their families suffer as well. And more broadly, an economy is sapped of vitality when employers cannot hire and grow. We owe it to the unemployed, and to ourselves, to work toward better solutions.

Mark L.J. Wright is senior vice president and director of research at the Federal Reserve Bank of Minneapolis.