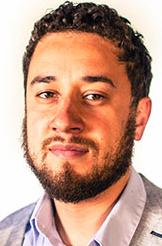 Recent end-of-session legislation has gutted our state housing finance agency’s ability to incorporate any community priorities when directing limited affordable housing resources. The Fort Snelling Upper Post project is one example of how damaging this shift in policy is and will continue to be. This midnight-hour legislation eliminates the Minnesota Housing Finance Agency’s (MHFA) ability to take calculations of project costs into consideration when making funding decisions and misallocates scarce resources for affordable housing to an exorbitantly costly project that does not serve those most in need of housing stability. In other words, it allows private interests relative carte blanche in forcing a public agency to use our tax dollars for their private financial benefit.

To state what we feel is the obvious, the Twin Cities is facing a growing affordable housing crisis. Gentrification and displacement are real threats. The impacts of these issues are disproportionately borne by people of color, indigenous people, and low-wealth residents. We have a less than 2 percent vacancy rate for rental units in our region. In the past three years we have seen large-scale displacement of residents and loss of affordable homes in Lowry Grove in Saint Anthony, Crossroads at Penn in Richfield, and Meadowbrook in Saint Louis Park, among others.

A question of limited resources

Research on the impact of gentrification from the Center for Urban and Regional Affairs shows there is not a single neighborhood in Minneapolis affordable to African-Americans earning the median income. With all of these facts in mind, the question is not whether Fort Snelling needs to be redeveloped, but whether using our limited affordable housing resources is justified.

To put the numbers in perspective: The price tag of the Fort Snelling project is $105 million. $102 million could have built every single multifamily project that the MHFA had to turn down in 2017. Those 67 housing developments would have served communities across the state and provided 2,004 new units of housing.

These public investments should serve the areas of greatest need, namely people earning 50 percent and 30 percent of the Area Median Income (AMI) and lower, which translates to families of four who earn $47,150 or $28,300 per year respectively. Even with the federal historic rehabilitation money included in the funding package for Fort Snelling, and even considering the current cost of upkeep of the site, legislators and advocates should and could have pursued resources other than MHFA’s limited funds.

Furthermore, the idea that these housing units will even be affordable to veterans most in need of housing seems highly unlikely. The population this development initially serves will be residents earning 60 percent of the Area Median Income, meaning an individual income of $3,186 per month for a one-bedroom unit costing $1,062 per month. Prospective tenants must also pass all Dominium screening criteria. Assuming they use criteria similar to those they recently used on the A-Mill lofts, you can expect these units not to serve vets who have actively struggled with dependency, trauma, or homelessness.

Finally, even defenders of the Fort Snelling project should be outraged at the provisions passed that prohibit MHFA from taking into account “any per-unit cost limitations, cost reasonableness, or other similar restrictions for residential rental housing projects financed with an allocation of tax-exempt bonds” not just on this project but on all applications moving forward. The legislation also prohibits the consideration of any additional rules, regulations, or restrictions beyond those required by the IRS — meaning state and community knowledge of areas of highest need or priority is forcibly disregarded.

This bill fundamentally ends the kind of cost/benefit analysis that legislators and taxpayers demand in governmental investments and programmatic spending. It’s the worst kind of self-serving policy that will primarily benefit large private developers, such as Dominium, while taking public resources away from people most in need. We demand better from our elected leaders and call for greater participation and transparency in how resources are allocated. Our state cannot afford this legislation that leads to the misuse of precious dollars for what is actually corporate welfare masked as “affordable housing.”

Equity in Place is a coalition that has been working on fair and affordable housing issues in the Twin Cities region for the past five years. Our members are grassroots organizers, public interest lawyers, housing advocates, and community developers. We believe that communities most impacted by housing and development decisions should be at the center of those decision-making processes.

Owen Duckworth is a coalition organizer at the Alliance for Metropolitan Stability.