This year marks the 50th anniversary of the U.S. Wild and Scenic Rivers Act, co-authored by the late Wisconsin Sen. Gaylord Nelson and Minnesota’s Sen. Walter F. Mondale. That legislation in 1968 provided immediate protection to eight rivers, including the St. Croix and Namekagon. This milestone is being commemorated by the St. Croix River Association with a variety of events, including a TPT film premiering on June 10, “The Wild and Scenic St. Croix,” by accomplished local filmmaker John Kaul and a collection of wonderful images of these rivers by nature photographer Craig Blacklock. 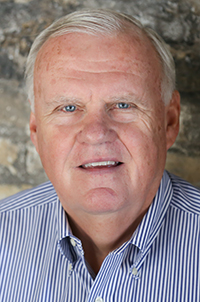 Blacklock’s book, “The Enduring Gift,” includes an introduction by Mondale on his long association with the St. Croix River and a tribute to the photography of Craig and his father, Les Blacklock. I had the opportunity to work with Mondale on this essay. With his and Blacklock’s permission, the following are excerpts from this introduction — from Minnesota’s most revered public servant about one of Minnesota’s most treasured natural resources:

“The St. Croix River has been part of my life for nearly 70 years. I grew up in Elmore, a small farming community in southern Minnesota, and learned of the St. Croix while attending Macalester College. My first river trip was in the early 1950s with Joan on one of our first dates. I recall we rented a canoe and floated from Osceola to William O’Brien State Park. She packed a lunch and we stopped along the way at a sandbar. It was a marvelous day on a beautiful river. I credit the St. Croix in large part for nurturing our relationship. We were married in 1955 and before we moved to Washington, enjoyed taking our young kids to the St. Croix to explore the rocks and potholes at Interstate Park and all this magnificent river has to offer.

“During my tenure as Minnesota Attorney General, the Northern States Power Company (NSP) proposed a large, coal-fired power plant south of Stillwater located along the St. Croix, commencing one of the first environmental battles in our state. The construction of that plant was a prelude to a dialogue with NSP a few years later regarding the protection of the upper St. Croix River.

“At that time a Minnesota legislator and lawyer, Wendell R. Anderson, represented the Save Our St. Croix citizen group opposing this plant. Wendy Anderson was elected governor in 1970. During his time in office, Governor Anderson advocated and signed more legislation to protect natural resources than any other governor – several motivated in part by that power plant dispute on the St. Croix.

“When I became a U.S. Senator in 1964, I joined Wisconsin Sen. Gaylord Nelson in sponsoring legislation to protect the St. Croix River for future generations. He had grown up in Clear Lake, Wisconsin, on a tributary to the river and its protection was one of his lifelong priorities. He became not only my colleague, but also a dear friend.

“Sen. Nelson and I worked together for several years on St. Croix legislation. We went to many meetings with landowners along the river and conferred with Northern States Power, which owned thousands of acres on the upper St. Croix. It was sometimes a rocky road, involving several versions of the bill, but our objective was always to preserve as much of this fragile northwoods river as possible.

“In January 1965, Sen. Nelson testified at a Minnesota Conservation Department hearing urging the state to protect the St. Croix for recreation. He traveled to Stillwater at his own expense and gave one of the best speeches of his long career — as governor, senator and leader of The Wilderness Society — about preserving the St. Croix River.

“230 river miles of the St. Croix and its principal tributary, the Namekagon, were protected in 1968 by Congress as part of the Wild and Scenic Rivers Act. The St. Croix and Namekagon were in the first group of just eight designated rivers and the only rivers managed by the National Park Service. The wilderness-like upper St. Croix would not have been available for protection without the stewardship of NSP, now Xcel Energy.

“I remember October 2, 1968, when President Lyndon B. Johnson signed the Wild and Scenic Rivers Act, which became Public Law 90-542. Its purpose statement is as relevant today as fifty years ago: to preserve certain rivers with outstanding natural, cultural, and recreational values in a free-flowing condition for the enjoyment of present and future generations. A pen from that signing ceremony resides is in the National Park Service’s Visitor Center in St. Croix Falls, Wisconsin.

“Another 52 river miles, from Taylor’s Falls to the confluence of the mighty Mississippi River in Prescott, were added by the Congress to the Riverway in 1972, with the lower 25 miles cooperatively managed by the states of Minnesota and Wisconsin with local governments.

“Between these 1968 and 1972 St. Croix legislative milestones, awareness changed in the United States of the environmental challenges facing our economy and quality of life. The Environmental Protection Agency was established, Sen. Nelson proposed the first Earth Day and the Clean Air, Clean Water, and Environmental Policy Acts were enacted — all signed by President Richard M. Nixon.

“Additional rivers were added across the country over the intervening decades to this incredible system of wild, scenic and recreational rivers. Today, there are over 12,700 miles of protected rivers in 40 states. What a legacy for future generations! But a legacy requiring stewardship and diligence. As photographer Craig Blacklock says, “for environmental victories to endure, each generation must defend them against new threats. It only takes one loss for all previous generations’ forethought and generosity to be lost forever.”

“I remained active in ensuring the protection and management of the St. Croix during my tenure in the Senate and later as Vice President. And I have always supported that finest of federal agencies, the National Park Service.

“Joan and I purchased a cabin on the river bluff in Scandia, Minnesota, in 1992 near the historic Cedar Bend. It has been a source of joy and solitude for our family ever since. When I was Ambassador to Japan and came back to Minnesota on leave, we stayed at the river cabin. Our children and grandchildren have grown to know and love this river.

“I sit on my deck and listen for the sound of the wooden canoe paddles hitting the metal gunnels in the river valley. Songbirds, sand hill cranes and trumpeter swans join with the laughter of young and old enjoying this river. An important heron rookery is just up river from our spot, as is a large bat cave. Eagles, red tail hawks and other raptors cruise over the valley.

“The river communities of Marine on St. Croix and Osceola are close by – both served by steamboats in the late 1800s. A few miles further north are the Dalles of the St. Croix and two of the eight state parks along the St. Croix — Minnesota and Wisconsin Interstate Parks.

“When I drive from Minneapolis to our St. Croix retreat, every mile I am closer to the river, the better I feel. And, when I sit on my deck looking to Wisconsin during the glorious spring, summer or fall seasons, I salute my friend the late, great senator and governor, Gaylord Nelson. For without Gaylord, the St. Croix National Scenic Riverway and National Park Service protection of the St. Croix and Namekagon rivers would not have happened.

“I have been an advocate to ensure the these rivers remain clean, scenic and available for future generations, just as Gaylord and I intended in passing that bill 50 years ago. There have been many battles, some significant. We have won some and lost others. I worry about the cumulative impact of ‘nicks and cuts’ from unwise development impacting what our children and grandchildren will experience.

“Citizens continue to be key protectors for this river and its large watershed, working in partnership with federal, state and local resource managers. Citizen advocacy is essential to defending this wonderful and diverse resource, so close to a major and growing metropolitan area.

“ ‘Save our St. Croix’ was a rallying cry more than a half century ago and still resonates with me today, as does the honor of playing my part in legislation to protect the St. Croix, Namekagon and so many rivers throughout our country.”

Peter L. Gove lives in White Bear Lake and has been involved in protecting natural resources for more than 45 years as a government official, citizen and nonprofit board member. He was an executive at St. Jude Medical, Inc. and Control Data Corporation.

Celebrating a milestone: Walter Mondale and the St. Croix River