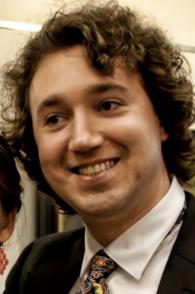 One of the biggest difficulties in criminal justice reform is that we often exaggerate how far along we are. That well meaning but unhelpful tendency threatens to sink the First Step Act, a limited but worthy bipartisan prison reform effort that will allow for more humane federal incarceration, sometimes to be served closer to home; more rehabilitation programs; and for earlier discharges to home confinement and halfway houses.

As a left-leaning Democrat who is also a criminal justice expert, I hope that Sens. Amy Klobuchar and Tina Smith do the right thing by voting yes on the First Step Act. The House passed the bill (HR 5682) on May 22.

There is a growing bipartisan agreement that we incarcerate too many people for too long. We have 5 percent of the world’s population and 25 percent of its prisoners. Our national per capita incarceration rate is the highest on earth. Few would celebrate these statistics.

Yet, despite a decades-long battle for a better system, crime blotters with mugshots are regularly met with people on Facebook assuming guilt and calling for life in prison, the death penalty, and vigilante violence for crimes way less than the worst. Meanwhile, reform is most popular when resting on a folk narrative — that mass incarceration is mostly a function of long sentences for nonviolent drug crimes, which is demonstrably false.

To fix mass incarceration, we require a greater understanding that our prisoners, even those who have previously committed violent acts, are part of us. European policymakers grasp that truth, so prison stays are shorter and more rehabilitative across the board.

Americans are slowly coming around as reformers are elected to chief prosecutor seats in highly populated counties nationwide. Our most incarcerated major city, Philadelphia, now has the most progressive elected prosecutor in the country, Larry Krasner. In Minneapolis, Hennepin County Attorney Mike Freeman just lost the DFL Party endorsement to Mark Haase, a candidate running on a reform platform that includes ending money bail and only prosecuting kids as adults as a last resort.

But top federal prosecutors have no such political accountability. They fight sentences even slightly below the federal sentencing guidelines and generally win. In Congress, federal sentencing law has mostly been an upward ratchet since the 1980s, with very few exceptions. Federal criminal defenders work in a system where convictions are virtually guaranteed, so their real job is sentencing mitigation rather than fighting for innocence.

The ACLU, NAACP Legal Defense Fund, and the Leadership Conference on Civil and Human Rights show their ignorance on the intersection of federal criminal law and politics when they demand slashing mandatory minimum sentences as a precursor to the First Step Act.

I am proud to stand instead with the #Cut50 campaign and Families Against Mandatory Minimums on this bill. These organizations talk with families who suffer dearly as their loved ones serve decades-long sentences in federal prisons, often hundreds or even thousands of miles away from home. These sentences regularly result from arbitrary drug quantity thresholds or exercises in prosecutorial discretion in a vengeful office culture.

The biggest and most frustrating opposition from the political left is the concern that the bill will lead to the new use of risk-assessment tools. These tools use criteria that include criminal history, which is realistically marred by racial and socioeconomic bias. These are valid concerns, but federal prosecutors already make these evaluations behind closed doors then exercise their charging discretion accordingly. The idea that we will never use risk-assessment evaluations to make criminal justice decisions is fantasy.

The First Step Act is far from a panacea. But it is one step in the right direction, on the right side of history, and worthy of support.

Rory Fleming is the president and founder of Foglight Strategies, a consulting agency that helps elect progressive local prosecutors throughout the nation. He previously was a Legal Fellow at the Fair Punishment Project, which was created as a joint initiative of Harvard Law School’s Charles Hamilton Houston Institute and its Criminal Justice Institute.