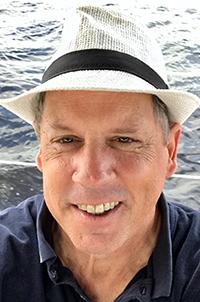 It started when a dear friend, the owner of a local coffee shop, insisted that I read Anthony Bourdain’s book “Kitchen Confidential.” I had seen a few episodes of his show “Parts Unknown” on CNN late at night, and I liked what I saw. Enough to bring up his name in conversation.

So I got a copy of the book and read it. I loved the book beyond words. No wonder he became famous. He was the voice for what we all knew and sensed, but so few ever bothered to articulate. The elephant in the room of the food business.

“I wanted to do something different. I want to make TV that doesn’t suck,” I remember AB saying in one segment. Bourdain seemed to invite viewers to tease him with ideas for shows. At one point, he even had a contest toward that end. It was long over by the time I learned of it.

Make no mistake, AB had been in Minnesota. Word on the street was that he really loved this area, and that he had been to Uncle Franky’s in “Nordeast.” Imagine eschewing Café Ena or Meritage for that greasy spoon! Wow! But to know him was to know why. Why do places like Franky’s exist at all? Why are they still around? Even packed at lunchtime? And of course he was here a few years ago to perform a show at the State Theatre and talk about stuff like that.

So I concocted a two-hour special segment for “Parts Unknown,” in my imagination. A show titled “Minnesota Rice” that would explore the true cultural identity of Minnesotans. But I never went the distance with it.

Minnesotans do not tend to define ourselves with food, per se. Our food might as well be leftovers. We have, if you will, bigger fish to fry.

My secret goal of this show was to share my genuine love of the Twin Cities: the greatest city, in the greatest state, in the greatest, freest nation of the world. Then to chase it all with a different thought: a Minnesota author’s book. As if to say it doesn’t matter in the end, because “The Heart can be filled anywhere on Earth.” (Author Bill Holm).

Instead of the Garrison Keillor notion, “where all the children are above average” — which smacks of truth, but there is a better way to frame the subject, I feel.

I wanted to arrange interviews with hip people, maybe Chan Poling, of “The New Standards,” to talk about his late wife, Eleanor Mondale.

I wanted to take AB to a coffeeshop and argue! Call him out for just doing the exact opposite of Walt Disney. Disney glorifies Bambi, AB kills a baby goat. Disney airs “Born Free,” AB knifes a pig in a river. Disney moderates teen sex as “tension before the first kiss,” AB shows bondage in Tokyo. Disney shows perfect people with perfect skin; AB gets a tattoo. Meat is better than vegan. Le Cordon Bleu got blasted for unreasonable student loan costs, etc.

We all crave reality TV like this! A chef who admits he couldn’t pay rent on time even in his early 40’s! Wow! The humility to admit drug addiction? Wow! Then showing us the circle of folks in a treatment group, talking about their addictions. Hey! Minnesota is built on this stuff! Land of 10,000 treatment centers! Hazelden. And in making us feel superior, he gained legions of fans.

Why don’t we love bomb this guy?

Eric Ripert cannot unsee his friend in a noose. But we can welcome him to our state with the greatest hospitality shown to any dignitary in our state’s history. Let the man and the CNN film crews just show up.

Why don’t we love bomb this guy? Show him a side of Minnesota that Garrison couldn’t even conjure up. Love that strong! Love that large!

Let me play Don Quixote with a fork and microphone and a white straw hat. Tater tots. Walleye. Wild Rice. Alexis Bailey vineyard. Mom and pop resorts. Let’s get the Minnesota travel industry behind this and improvise the show.

May I challenge you to respond with your thoughts? Tonight I snacked and ate leftovers. I need 10,000 likes not to chicken out.

‘Minnesota Rice’: Why I concocted a script for a special about Minnesota for Anthony Bourdain’s ‘Part’s Unknown’