The Trump Administration’s upcoming decision to rollback America’s clean car standards will hurt American families. If implemented, the decision will increase air pollution, put our health at risk and force consumers to spend billions more at the gas pump. 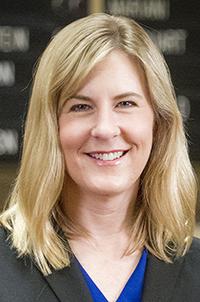 The clean car standards currently in place nationwide require that vehicle manufacturers give consumers the option of purchasing vehicles that are more fuel-efficient and emit less pollution.

And because clean car standards save consumers money and protect both human health and the environment, I fought to have Minnesota to adopt them in 2008, before the Obama Administration implemented them nationwide.

Prior to 2009, only a few states benefitted from the more efficient clean car standards. Consumers in most states were denied the opportunity to purchase highly efficient vehicles that were available only in a few markets. The 2009 move by the Obama Administration united the auto market in the United States, making efficient vehicles available to consumers throughout the country.

Car emissions are one of the single largest sources of air pollution. They contribute to respiratory health problems, such as asthma and bronchitis, as well as premature death and cancer — all of which leads to an increase in our health care costs. (Currently, 25 million Americans suffer from asthma. One-in-13 people will experience more severe symptoms if Trump’s decision stands.)

If we kept clean car standards in place, they would help prevent 40,000 premature deaths, 34,000 hospitalizations and 4.8 million lost workdays by 2030.

In addition to protecting public health, the clean car standards are the most effective policy we have to reduce tailpipe emissions and fight climate change. Transportation is now the number one source of carbon emissions in the United States. Rolling back these standards lets manufacturers limit our choices to cars that pump excess carbon pollution into the environment, contributing to extreme weather events, heat waves and flooding.

Most of all, this rollback will impact our daily lives through our wallets. Without the clean car standards, American consumers will be forced to spend billions of dollars more at the fuel pump. The current clean car standards could save Americans as much as $50 billion by 2030. A rollback puts those potential savings at risk.

Automakers already have proven their ability to meet the clean car standards through innovation. They have produced safe and fuel-efficient vehicles that protect both the environment and family budgets. Minnesotans have benefitted from these standards. The federal rollback of these standards will hurt Minnesotans’ health and economic security.

Melissa Hortman is a Minnesota State Representative and a member of the National Caucus of Environmental Legislators.

A rollback of clean car standards is bad for American families