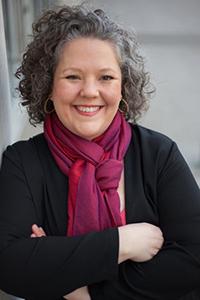 The recent Supreme Court decision in NIFLA v. Becerra struck down a California law that required so-called “crisis pregnancy centers” (CPCs) to disclose whether they are licensed medical facilities, and what health services they do and not offer. By a 5-4 margin, the ruling permits these fake women’s health centers to continue to hide important, basic facts, and dodge direct questions about reproductive health.

In Minnesota, the deceptively titled “Women’s Right to Know Act” requires individuals to receive state-mandated counseling before they can access a legal abortion. Included on the list of approved counseling options are a number of CPCs, with no mention of the fact that these facilities are strongly biased against abortion and may not have licensed health care providers on staff. In stepping up to promote the deceptive practices at CPCs, state lawmakers continue to support this charade and participate in deceiving everyday Minnesotans who are seeking needed health care.

CPCs have repeatedly been shown to promote deceptive, misleading, and long-disproven claims about the safety of abortion — as well as birth control. An extensive report by NARAL Pro-Choice America on investigations across more than 10 states found in Minnesota:

Yet despite the facts, CPCs not only continue to operate, they deceive on the taxpayers’ dime. Through Minnesota’s Positive Alternatives Act, $2.4 million in public funding is made available to CPCs across the state each year. And they may soon be eligible for millions more in public funding, thanks to the Trump administration’s plan to drastically undermine the goals of the family planning program Title X. Under new rules proposed in early June, Title X recipients would no longer have to offer “medically approved” health services or a full range of birth control methods. They would, however, be required to counsel patients on “natural family planning,” a less-effective method chosen by only 1 in every 100 women. Professor of law and bioethics Dr. R. Alta Charo writes that the proposal “flies in the face of fundamental medical ethics and standard of care — full stop.”

Even in their arguments before the Supreme Court, CPCs barely dispute that they deceive women, hinting that they know patients who hear the facts will make decisions that don’t serve their anti-abortion, anti-birth control agenda. Instead, they assert that it’s their right to deceive. Five Supreme Court justices sided with them, and Trump’s Title X proposal would back their deceptive practices with public dollars.

Over the past month, I’ve been traveling across the state and hearing from people who rely on affordable birth control and other reproductive health care to finish their education, achieve career goals, or just to lead healthier, happier lives. I’ve also heard from people still rattled from experiences with CPCs. One woman described how CPC staff misled her into believing she was in a licensed health clinic, used a litany of delay tactics to keep her there, and hectored her for considering abortion until she was reduced to tears.

Minnesota is among more than 10 states that directly fund CPCs, but it’s time to end this irresponsible and wasteful practice. Public funding should be promoting public health. People who are looking for help — and who only want the truth — don’t deserve lies, deception, bullying, and shaming.

Megan J. Peterson is the executive director of Gender Justice.