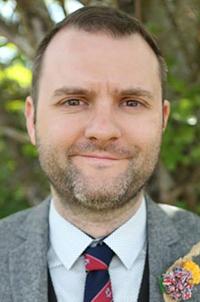 “Our trade deficit ballooned to $817 billion,” President Donald Trump said during a speech to steelworkers in Granite City, Illinois, last week. “Think of that. We lost $817 billion a year over the last number of years in trade. In other words, if we didn’t trade, we’d save a hell of a lot of money.”

At the core of this argument is that idea that the deficit in the goods trade – the difference between the amount a country’s citizens spend buying goods from abroad and the amount they make from selling them abroad where the purchases are more than the sales – represents ‘lost’ money which hurts us economically. Policies like the $34 billion worth of tariffs slapped on imports from China recently are intended to prevent this supposed loss of money and “bring jobs and industry back onto American shores.”

President Trump describes this stance as “America First.” But he could just as well say “Buy Local.” After all, in terms of the economic logic, Trump’s trade war is just a big “Buy Local” campaign.

Think of the arguments used by ‘Buy Local’ campaigners. They say that when you take your money and spend it elsewhere that is a loss to the locality in question. The same goes when you shop locally but at a branch of a company headquartered elsewhere. If that money was spent locally or at locally owned businesses, it is argued, it would generate more jobs, income, taxes and all the rest in that locality. In exactly the same way that Trump argues that America is impoverished by its trade deficit with China, so do the ‘Buy Local’ campaigners of St. Paul argue that their city is impoverished by its trade deficit with Woodbury. “St. Paul First” or “Midtown First” would be appropriate slogans for the ‘Buy Local’ movements there.

Adam Smith wrote “The Wealth of Nations” in 1776 partly to refute the fallacies of the Mercantilists who believed, as do Trump and the Buy Local campaigners, that trade deficits are “lost money” that leave you worse off. In fact, as Smith pointed out, the point is not to simply accumulate money balances, rather “Consumption is the sole end and purpose of all production.” In 2017, we in America consumed $600 billion more stuff than we sent to the rest of the world for it to consume. In this sense, the trade deficit is a good thing. It is not “lost money” but gained consumption.

If tariffs force American consumers to buy domestically produced, more expensive versions of what they were buying from abroad then they will, in fact, lose them a hell of a lot of money. And the same goes at the local level. If a Bloomington resident buys the more expensive product of a Bloomington owned and located business rather than the cheaper product of a business in Maplewood or one headquartered in Bentonville, Arkansas, then they will have less money to spend. Their consumption, “the sole end and purpose of all production,” will be reduced. They will be worse off.

Trump’s trade policies have drawn much criticism from economists, much of it justified. But they are no more economically illiterate than a ‘Buy Local’ campaign. After all, that is exactly what it is.