Now that the process of finding candidates for governor is over (or nearly so), some rethinking of the history of the gubernatorial election cycle in Minnesota is in order.  This is especially so in connection with the dark-horse candidacy of former Republican governor Tim Pawlenty, now poised to run against the faceless Jeff Johnson, the GOP’s convention pick, in the Republican primary. While we have forgotten to remember, the two terms of Tim Pawlenty (2003-2011) were the result of third-party candidates following in the shallow wake of Jesse Ventura. Tim Penny and Peter Hutchinson’s vain notion that they might be the people’s choice doomed the standard-bearing DFL nominees for governor in 2002 and 2006: Roger Moe and Mike Hatch. 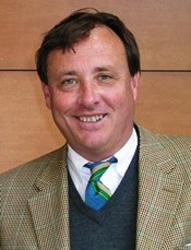 Pawlenty was elected in 2002 with 44.4 percent of the vote and re-elected in 2006 with 46.7 percent. Without Penny, Hutchinson and a gaggle of Greens in the race, as Hamline University’s David Schultz observes, Pawlenty would never have been governor. His unlikely ascendancy led to two desultory terms (although desultory performance in the GOP officeholder today is a badge of achievement).

He ruled as governor for eight years of what Schultz called both a “tragedy and a farce” in a Community Voices commentary on April 10. The tragedy was to define tax cuts above all as a hallmark of success, symbolized by infrastructure underfunding and the I-35W bridge collapse. The farce, in Schultz’s allusion to Karl Marx, is that he is now running again, presumably on this record. As Schultz observed:

Fiscal gimmicks defined the Pawlenty administration; they included illegal use of unallotments, stealing from the tobacco settlement, trying to force contractors to pay for construction projects up front, and calling taxes user fees. One also saw failure to raise state matching funds to qualify for federal transportation matching funding, and borrowing from schools and other funds. When Pawlenty left office, he strapped the state with an illusory balanced budget for the current biennium and a projected $6 billion deficit for Dayton. So much for fiscal conservatism.

Pawlenty, the former Governor Gimmick, is now seeking a back-door primary victory to renew his capacity to do — what?  Will he renew his strange fillip to take money away from Native American casinos and make the state a gambling player? Will he reverse his comments that Trump is “unfit” to be president to curry favor with the deranged, bloated president himself? Will he renounce his years as a shill for the banking industry and become a born-again man of the little guy?

If this political song and dance is a third-time charm and he manages to hoodwink Minnesota’s mainly smart voters again with his hockey-nice hypocrisy, the joke is on Minnesota, as will be four more years of retrogression. We shouldn’t forget to remember his first time around.

Carlisle Ford Runge is a Distinguished McKnight University Professor of Applied Economics and Law, University of Minnesota. The views expressed here are those of the author.