As the United States turns away from the Paris climate agreement, cities are creating their own sustainability solutions. On July 16, Minneapolis Mayor Jacob Frey issued a proclamation to combat climate change. His solution? Eat less meat. 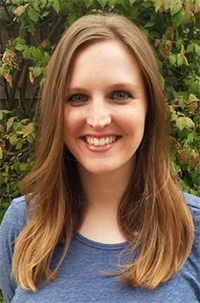 “Concern for the environment is paramount for the residents of Minneapolis and for the safety of our communities,” the proclamation reads.  “Eating more fruits, vegetables and grains and eating less meat can reduce our collective carbon footprint.”

Frey’s proclamation includes a staggering statistic from Environmental Defense Fund, a nonprofit advocacy group. If every American ate one more meatless meal per week, the impact would be equivalent to taking more than half-a-million cars off U.S. roads.

New research also suggests that raising animals for food produces more greenhouse gas than all cars, airplanes and other transportation methods combined. What’s more, animal agriculture is one of the leading causes of land degradation, species extinction, and water and air pollution.

Frey is following in the footsteps of a host of other high-profile individuals and groups advocating for the public to eat more plant-based foods. Leading environmental protection organizations like Sierra Club and Greenpeace have issued statements about the impact of animal agriculture on climate change. Some countries, including Sweden and Denmark, are considering a tax on meat. Germany’s environmental ministry has banned meat from official functions.

Previously considered fringe movements, vegetarianism and veganism has quickly become mainstream. The BBC named plant-based protein one of the hottest food trends of 2018. Due to the profile and outspokenness of vegan celebrities including Ellen DeGeneres, Joaquin Phoenix and Moby, many consider this the golden age of the meatless movement.

The Twin Cities have seen an explosion of plant-based dining options over the past two years. The first vegan butcher shop in the country, the Herbivorous Butcher, opened in Minneapolis in 2016. J. Selby’s, an entirely plant-based eatery in St. Paul, had to temporarily close its doors after opening last year because of the unprecedented volume of customers.

The momentum has continued in 2018. This summer a White Bear Lake bakery, Vegan East, is set to open a second location in Uptown. Earth Burger, a vegan fast-food joint, is scheduled to open at the Mall of America. Parkway Pizza, Masu and Stray Dog represent just a sampling of Twin Cities restaurants that offer vegetarian and vegan menus.

In an agricultural state like Minnesota, this news can be hard to swallow, but many farmers around the country are successfully transitioning their work to meet demand for plant-based foods. Elmhurst Milked, a New York dairy established in the early 1900s, recently switched from producing cow’s milk to plant milk. With American milk consumption on the decline, third generation farmer Henry Schwartz decided to close his dairy operation and invest in technology to derive milk from almonds, walnuts and other plant sources. The customer response has been “overwhelmingly positive,” according to Schwartz.

If you’re new to plant-based eating, dining out at Twin Cities restaurants that serve inventive meatless meals is a fun place to start. Try out innovative meat alternatives like Beyond Meat burgers and brats or look up recipes for plant-based versions of your favorite foods. Check out Twin Cities Veg Fest, a free and family-friendly event to be held on September 16 from 11 a.m. to 5 p.m. at Harriet Island Regional Park.

Most importantly, focus on practicality over purity. Whether it’s one meatless meal per week or a completely vegan diet, reducing our consumption of animal products makes a big difference for the environment, the animals and our health.

A couple of weeks ago, I went out to eat with a group of friends. When the bill came, one of my friends looked puzzled by his check. He asked the server why there was a charge for something called “Impossible.” It turns out that she had misunderstood his request of “If possible, medium-rare” as “Impossible, medium-rare,” the name of a popular meatless patty he had unknowingly eaten. He didn’t notice the difference until the bill came.

Plant-based eating isn’t as daunting as it may seem. I think Minneapolis can heed Mayor Frey’s advice after all. Our planet depends on it.

Why Mayor Frey wants you to enjoy a vegan burger