The best thing about housing policy, the subject my business specializes in, is that everybody gets why it matters. There have been more than 100 official public meetings to discuss Minneapolis 2040, the city’s comprehensive development plan. People from every part of the city took the time to submit 10,000 comments.

The conversations we’re having around development aren’t always polite, but they’re always productive. The more we talk about the kind of development we want, the more likely it is that we’ll build the city we want to live in.

This past June I wrote a commentary published here on MinnPost that proposed a radical solution to the affordable-housing crisis. Rather than upzoning the city to encourage affordability, as Minneapolis 2040 aims to do, I urged municipal leaders to grant variances conditionally, forcing developers to build more affordable units. “Don’t change old zoning,” I argued; “instead, burn it as fuel to drive a more affordable future for everybody.”

Understandable, but not sustainable

Some homeowners, predictably, bristled at the suggestion that Minneapolis should allow any more density. (I live in south Minneapolis, and my block is thick with yard signs.) This view is understandable, but not sustainable. If we’re going to have almost half a million people in Minneapolis by 2040, we have to figure out where all our new neighbors will live — and “not in my backyard” isn’t a realistic response. It’s also the opposite of “Minnesota nice.”

Other readers pointed out that granting ad-hoc variances won’t solve the underlying problem of outdated, exclusionary city planning. “Zoning, just like a budget, is a moral document that communicates our values,” wrote reader Janne Flisrand. More affordable development will only be possible, she argued, when there’s a clear, predictable legal and moral framework for it.

You know what? I think Janne is right.

I’m an entrepreneur. I want to see results quickly, and hacking existing systems is often the most efficient way to get things done. Using zoning variances as leverage seemed like the best way to make Minneapolis more welcoming to more people, as fast as possible. Debating and litigating a more equitable zoning code would take years, when the city could implement affordability variances today. Janne’s argument has convinced me that “burning zoning for fuel” isn’t the best solution to the long-term problem of affordability.

But a purely voluntary approach to increased density won’t solve the problem, either.

Building more dense housing near transit corridors, and fourplexes everywhere, as Minneapolis 2040 is proposing, would modestly increase the supply of housing in our city. That’s a good thing. Some economists argue that simply building more housing will automatically make it more affordable. But as someone who talks to developers of both affordable and luxury housing every day, I can tell you that’s just not true. Minneapolis’ planning director, Heather Worthington, agrees: The most common misunderstanding about the city’s comprehensive plan, she told MinnPost, is that “density … will equal affordability. We have not said that, we don’t believe that, we know that’s not the case.” 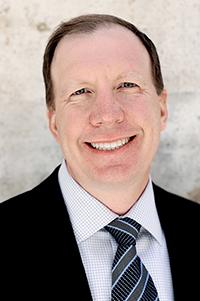 That’s because almost everybody needs a place to live here, not wherever it’s cheapest. We’ll pay whatever we have to pay to stay near work and family. That’s why increasing the supply of apartments by itself won’t do anything to ensure that they’re affordable. As long as Minneapolis continues to be a desirable place for affluent people to live, housing will be as unaffordable as ever — no matter how much of it we build.

Lisa Bender’s inclusionary zoning proposal is the best solution to the problem I can think of — now that Janne and others have set me straight. Developers will claim that including affordable units in market-rate buildings will break the economics of new development. But I think the city would be wise to call their bluff.

Look, I love Minneapolis. I’m raising my kids here. I’m moving my business into a beloved landmark in Lyn-Lake — and the business we do is dedicated to increasing the availability of affordable housing nationwide, starting here at home. I want everybody to have the opportunity to live and work in Minneapolis as happily and successfully as I do.

Chris Voss is founder and CEO of RightSource Compliance, a Minneapolis affordable-housing consultancy.