Revolution starts in the mind. Question everything!

The Minneapolis Police Department’s (MPD) body camera footage from the officer-involved fatal shooting of Thurman Blevins as well as the Hennepin County Attorney’s announcement not to charge the officers have gone viral across our country.

Most of the media coverage and commentary have centered on two factors: Blevins had a gun and ran despite being ordered to stop by police. For some people, those two factors justify the shooting of Thurman Blevins. That does not hold true for me and many others.

Rather than accept the situation as a “given,” I question whether other similarly situated police encounters are treated the same.

MPD officers readily informed the public that they “feared for their lives” as a justification for shooting Blevins. Yet, there are plenty of examples where guns are drawn at police and either police don’t fear for their lives enough to shoot the suspect or they shoot but don’t kill the suspect.

Man with shotgun in St. Paul

Last week in Easton, Pennsylvania, a suspect pushed an air conditioner out of a second floor window aimed at police, fired a shotgun at police, threw Molotov cocktails at the police officers, started a fire during a two-hour standoff and walked toward the police with a 16-inch machete in his hand. The suspect refused to drop the machete so police used a stun gun and arrested him without injuries – alive.

Who could forget the militia standoff, which lasted over a month in Oregon, wherein the Bundy family and activists pointed their guns at law enforcement day in and day out? All walked away uninjured – alive.

Unlike the aforementioned examples with guns pointed at police, Blevins was running away from police when he was shot multiple times in the back. 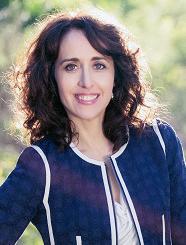 Pundits argue that Blevins should have heeded police commands to stop running. My question is: Do any of these pundits carry the weight of living while Black in America? Have they been racially profiled while shopping? While driving? While trying to barbecue in a park? The list goes on. … What role does racial profiling play?

Running does not equal guilt

In 2016, the Massachusetts Supreme Court ruled that black men who attempt to avoid a police encounter by running from the scene may have a legitimate reason – to avoid being racially profiled. The fact that a black man flees from police does not equate with guilt. Perhaps, like Blevins, they are running to avoid being a victim of racial profiling.

These are but a few examples that are intended to prompt each other to question what we’re hearing, seeing or reading. The more we ask ourselves questions, the more we grow and understand the plight of others.

Luz María Frías is the president and CEO of YWCA Minneapolis, responsible for leading the strategy and operations of the organization’s five areas of commitment to the community: Racial Justice, Public Policy, Health and Wellness, Early Childhood Education, and Girls and Youth programs. This was originally published on the YWCA Minneapolis blog.

Are all police confrontations equal? We need to question justifications for the Blevins shooting