I used to love to talk politics with friends, neighbors, and family. And often with people I’d newly met. But these days, it’s harder. The airwaves and social media are rife with rants. I hesitate to share thoughts and concerns with people I don’t know well, afraid they might pontificate or start swearing. I’m not a glutton for verbal punishment.

I remember learning to debate in high school. We didn’t choose our topics. I was once, as a sophomore, assigned to take the “for” position on the death penalty. I had a really hard time with it. But the point was to research and craft your arguments. To listen to opposing views and counter them. And always with respect for the others’ right to speak and with interest in their lines of thinking.

But in the current climate, escalated, sadly, by the American president, anything goes. Name-calling, overstatement, belligerence. Bullying, echoed amply on social media, radio and TV.

I miss the fun of debate. Even bar-stool politics can be exciting as well as informative. I have a college friend who can say exactly what he thinks about the state of the world, and his city, Salt Lake. He’s quite critical and opinionated, but he always laughs at the end of his harangue! Spending time with him is an invitation to engage and learn, and fun!

People in countries with highly contested politics often relish debate. In the 1990s, I went to a conference in Israel and stayed in an urban village in Tel Aviv. After a swim in the rec center, I popped into a hot tub where two older men were having a lively debate. They spoke Hebrew, but I could tell that politics was the subject – names like Yitzhak Rabin kept recurring. They disagreed, but were having such fun – grinning and laughing after each point one or the other scored.

Just before the 2016 election, a colleague of mine described a trans-Atlantic flight she took to Europe. She’s an art professor, and her seatmate was a businessman. She planned to vote for Hillary Clinton, and he, Donald Trump. They managed to have a six-hour discussion about their different views with mutual respect and interest. She found it exhilarating.

Why has it become so hard?

What’s happened to us as a nation? We believe in freedom of speech. It’s the First Amendment of our Constitution. We teach debating rules and tactics in our schools. We confront hate speech when it may incite violence. We have worked hard to stop bullying in our schools, too. 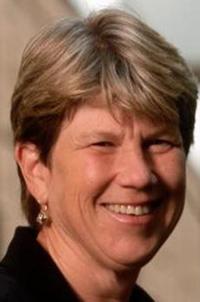 But why has it become so hard for us to have conversations across party lines, or religious denominations? Why have derogatory language and insults become acceptable? What’s happening to our ability to listen deeply, to ponder difficult issues, to acknowledge our own bias and to learn from others?

During this season’s political campaigns, with our baffling array of candidates, how do we really find out what each candidate has already accomplished? What her or his priorities are? No one in my area puts out yard signs anymore, always an invitation to talk.

Democracy is a beautiful thing. It’s the best way of governing complex contemporary societies. It’s fair. It’s open to entry and debate. How can we overcome the intimidation of political bullying, the name-calling and arrogance that discourages so many people from participating?

Let’s talk! Let’s have fun doing it! Let’s laugh at the foibles of politics, with its twists and turns. Let’s figure out how to diffuse hostility and name-calling. Let’s engage in debate, campaigns and elections to ensure that what we value most about our complex and diverse state and country persists, long into the future.

Economist Ann Markusen is an emerita professor from the University of Minnesota and lives with her husband, Rod Walli, in Red Clover Township, Carlton County.