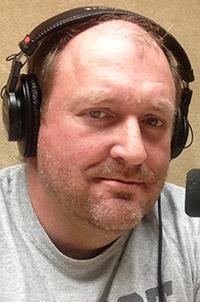 Hennepin County, the home of the city of Minneapolis, has a county fair. It takes place usually around the weekend of Father’s Day (June) in the pretty, far western Hennepin County town of Corcoran. I’ve been multiple times in the last few years, as my daughters got involved in 4-H. Not only did they perform in the musical skit competition, but last year my oldest daughter made the State Fair in fine arts, and blue ribboned. I’m a very proud dad!

I know some people are scratching their heads: “Hennepin County has a county fair?” It indeed does, but don’t feel bad if you don’t know anything about it. It’s my impression the people running the Hennepin County Fair are not taking advantage of their biggest asset: the large county population. They’re turning their back on the majority of the county, catering the event to the thinning sliver of remaining farmland in the western part of the county, and in turn, creating an event which has fewer participants, fewer activities and events, and fewer attendees. In a county with well over a million people, the falling attendance numbers are inexcusable and a clear sign that the fair needs a new strategy. The Hennepin County Fair is cutting off its shrinking farming-community nose to spite its undeniable metropolitan face.

The suburb of Hopkins used to host the county fair, until 32 years ago, in 1986, when they moved the fair to the western side of the county, in Corcoran. It is a pretty drive out Bass Lake Road, but even now the metro is creeping closer and closer to the fairgrounds; suburban subdivisions sprawling on the other side of Brockton Road across from the grounds. If they truly want to have a rural county fair in the future they might end up having to move it someplace north of St. Bonifacius or to Greenfield, but even there you are only a few miles from the exploding development on the very western side of the county, and it’s only going to get closer.

The Hennepin County Fair is very different from most county fairs. Of course it has livestock and agricultural competitions, a connection to the farming society we’re all dependent on, but considering the ever-shrinking agricultural population of the county, its participation is limited. The Hennepin County Fair does have an impressive selection of “creative activities” entrants in everything from various fine arts to advanced science projects. Of the county fairs I’ve been to (and as a radio broadcaster who worked in small-town America for many years, I’ve been to a lot) very few county fairs come close to the quality and variety of the creative activities entrants here. Even so, for a population draw as big as the county has, the number of people participating is shockingly small.

One thing the Hennepin County Fair has less of is visitors. They got rid of all the midway rides because the attendance didn’t justify the cost. They now rely on a series of 4-H-run activities to keep the kids entertained. As the fair loses popularity and visitors, it feels like their solution is to try to become even more agriculture-y, resulting in an event with limited appeal outside of the handful of farmers remaining in the metro, and their numbers are shrinking.

The crime here is that Hennepin County could have the biggest county fair in the state. If they moved it back into the metro area, someplace with good visibility and easy to access, you’d end up getting a massive increase in attendance. I’m not saying the agricultural elements of the fair should be abandoned. Absolutely not! The focus on the farmer is what makes a county fair fun, but imagine if the Hennepin County Fair embraced all of Hennepin County. The flower, art, fine art, design, clothes, cooking, jarring, dog, car, science, cat, dance, display and crop art competitions would be out of this world.

People in a city like Minneapolis aren’t willing to travel to the outskirts of the county for a fair that is frankly not that much fun. If you embraced the entire county (how about a hipster facial hair competition!), and made it more accessible, you’d have an attendance winner!

When I was in Portland, Oregon, a few years back, they had a great example of what I’m  talking about. Driving the 20 miles from my in-laws’ house in Washington State to Portland, you drove right past a county fair, right next to the interstate. It was packed! My brother-in-law told me it was always a big success because even though the area around the interstate wasn’t farms, the county keeping it in the most visible area in the county — where the population was based — allowed for massive crowds. Now imagine a County Fair with a mini-midway visible from 394 in Minnetonka or in Golden Valley.

And the extra people coming through the gates would mean more awareness and education of agriculture as a whole.

Those who run the fair should stop trying to deny what Hennepin County really is, pretending that turning away from the vast majority of the county is succeeding. It may not be something they like, but Hennepin County is far more than agriculture. Shouldn’t our county fair represent all of us?

Matthew McNeil is the host of the Matt McNeil show, weekdays at 3 p.m. on AM950, KTNF.

Hennepin County is far more than agriculture. Shouldn’t our county fair represent all of us?