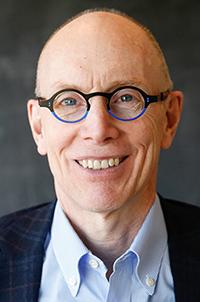 A $16 billion hole in the pension plans for Minnesota public employees got a timely patch in May when recently enacted legislation cut the deficit in half. The Legislature (especially the Legislative Commission on Pensions and Retirement), the governor and other important constituents should be applauded for taking an important first step. However, further steps should be taken to reduce the risks to pension beneficiaries and taxpayers of significantly reduced benefits or significantly increased contributions. I am skeptical, however, that such steps will be taken. And, without a commitment to further action, future generations could be left to foot a large bill.

I am doubtful that steps will be taken because despite over a decade of warning about public pension funding, nothing fundamental has changed. Pension industry experts and financial economists have persistently warned about the perils of using investment returns to value pension obligations and the importance of automatic stabilizers. These warnings have just as persistently been ignored, even as other pension and insurance systems have heeded the warnings.

The role of fear

Why have public pensions resisted the entreaties and advice from experts? A perhaps overly simplistic one-word explanation is fear. Pension beneficiaries are understandably afraid of either reduced benefits or increased contributions. Legislators are understandably afraid of increasing taxes. So, instead of dynamically and transparently managing contributions and benefits, pension investments have been left to shoulder the responsibility of funding benefits. In a period when investment returns are generally expected to be lower than in the past, pension investment managers have had to respond by taking on more investment risk.

Fear also helps us explain the use of language that obscures the underlying issues. Here are some examples of half-truths that I have heard or read that prevent serious discussion of pension reform:

These kinds of half-truths impede any serious conversation around pension funding and pension solvency. Note that this is an issue of how pensions are funded, not whether they are guaranteed retirement benefits (DB) or guaranteed contributions (DC). There are plenty of good examples of solvent pension systems where benefits are guaranteed.

How would a serious pensions conversation start?

A serious conversation on funding public pensions would start with a statement of the magnitude of the problem. It would go on to discuss the tradeoffs and risks of alternative solutions. And, it would identify the groups most at risk under different policies.

Here’s a crack at starting such a conversation. The recent pension bill reduces the pension deficit to $8 billion, or $3,745 per Minnesota household. However, using the valuation standards of virtually ANY other pension system in the world or the Minnesota commissioner of insurance, that number increases significantly. Here is a discussion question: Why do public pensions value pension benefits differently than state insurance commissioners value annuities?

Even if the cost to Minnesota households is “only” $3,745, there are still risks. One risk is low investment returns, brought about by subpar economic growth. If investment returns are low, then either Minnesota households are on the hook for more than $3,745 or public employees will need to consider more permanent reductions in benefits. Here’s another discussion question: How do public employees and taxpayers want to manage this risk?

Demographic groups will be affected in different ways

A prolonged period of low investment returns will only be revealed after the fact. Thus, not every demographic group will be affected the same way. One obvious scenario is that future taxpayers and future beneficiaries will face some combination of lower benefits and higher taxes. So, here’s a final discussion question: How much of the investment risk should be shifted to future generations? And, a bonus discussion question: Should the impact of demographic change influence how intergenerational risk is considered?

I said at the outset that I am skeptical that any next steps will be taken. I am skeptical because the questions to be addressed are hard, and conflict avoidance is easy. I am certain, however, that someone will write a rebuttal to my points here. They will argue that (a) everything is fine and (b) my interest is in privatizing the public pension system. I am willing to engage in fact- and evidence-based discussions with anyone; just name the time and place. These issues can only be resolved through open and honest debate.

Ordinarily op-eds such as this one close with a call to action. This is mine: I would encourage today’s young workers, public and private, to get educated about pension issues. I would encourage them to ask hard questions; if the answers don’t make sense, then ask again. Ultimately, they are the ones most at risk.

Kurt Winkelmann is the Pension Policy Senior Fellow for the University of Minnesota’s Heller-Hurwicz Economics Institute, which is developing a comprehensive research-based approach to public pension design. Winkelmann has been leading the initiative for the past year.