It was one of those Moments … the kind of moments you are lucky to have every once in a rare while as a performing musician. Funny enough, it came not at a performance, but at a rehearsal. And really, it didn’t involve me at all; I was just there to witness someone else’s Musical Moment.  No matter — it was a rare gift, and one that will stay with me a long, long time.

I’m grateful that it wasn’t the first such moment from the South Africa project I’m doing with the Minnesota Orchestra and Minnesota Chorale, along with several guest ensembles.

For those who have not heard, a bunch of us are headed for South Africa, taking part in a sweeping musical festival to celebrate the 100th anniversary of Nelson Mandela’s birth. The orchestra will perform in Cape Town and Durban, and we in the Chorale are joining it for a pair of concerts in Soweto and Johannesburg. The big, climactic work featured for these concerts is Beethoven’s Ninth Symphony, capped with the famous Ode to Joy celebrating universal brotherhood, but we’re also performing a concert devoted to South African Music. We already performed the South African and Beethoven concerts here in Minneapolis, giving our local audiences a chance to partake.

For the Minnesota concerts, we were joined by local gospel singers and a variety of performers from southern Africa, including the vocal/instrumental group 29:11 from Cape Town, South Africa, and the trio Insingizi from Zimbabwe. I loved, loved, loved working with them — they are talented, of course, but also committed performers for whom sharing this music, and the stories behind the works, is literally a life’s mission.

All this became clear at the first rehearsal, which I wrote about previously here. That first chance to work with them on the hymn Nkosi Sikelel’ iAfrika (God Bless Africa). As they explained, this hymn became a rallying cry during the apartheid era, to the point that the song was officially banned, and singing it could get you arrested … or killed. And yet, astonishingly, the song was built into South Africa’s new National Anthem after the dismantling of apartheid.

The group 29:11 performed its own version of the hymn, which was incredibly powerful — but the real Moment I experienced came when 29:11 joined us and we sang it together.

Weeks later, I’m still humbled by the experience of singing side-by-side with one of the young Cape Town singers. Only a few years ago, he would have been risking everything to sing this same piece of music — but now he was free to share it with us, here in this country. You couldn’t help but reflect on the enormous changes South Africa has undergone —  but also the personal struggle of Nelson Mandela as he not only sought his own freedom but the strength to lead the country into a new era.

So flash forward to mid-July. It was a crazy, whirlwind performance week for us as we tried to prepare for two concerts simultaneously, performed in a variety of languages, and capped off by singing one of the most vocally demanding masterworks of them all. (This story in the Star Tribune gives a good sense of the preparations.)

On a Wednesday evening we finally had a chance to do our first run-through of Beethoven’s Ninth with the full chorus, soloists and orchestra. As we took our seats prior to tuning, I turned to my neighbor, the Cape Town music student, and asked him, “So, is this meeting your expectations? Is this what you had hoped it would be?” 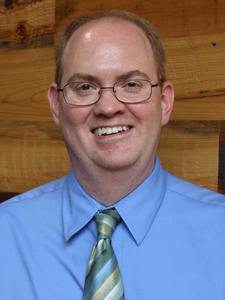 I nodded, and smiled inside; I remember well my own first Beethoven Ninth. But with that, the orchestra tuned, and we were on our way.

I kept on eye on my guy, trying to discreetly provide key bits of information — we in the Chorale have done this work dozens of times and it’s in our blood, but I can only imagine how bizarre the whole thing must seem to someone who is coming to it for the first time.

And it was at the very end, after the final chord finally stopped reverberating from the walls that that great Moment finally came.

I turned to my neighbor, and saw his face. It was a look you only get from performing Beethoven’s Ninth for the first time. It was a look that was one part goofy delirium, one part radiant joy, one part Divine Inspiration, and one part Holy —-, did we just —ing seriously do that??!!?!

I laughed, and laughed hard. “So, what did you think of …”

He hugged me. And then with a smile wider than the 35W construction zone, he gave hug-handshakes to everyone around us.

And then he just sat down, laughed, and spoke in unfinished sentences.

“That was. They were so. Just a rehearsal? I can’t even.”  And he rounded it off by kissing his fingertips and blowing a kiss to the orchestra.

After a few minutes, conductor Osmo Vänskä announced that that was it for the chorus, and we began the scramble to get off the stage. My African neighbor bobbed and weaved himself toward  backstage … and I don’t think his feet touched the ground for a second as he did so. At the last minute, with an undiminished smile, he turned back to me and said, “Thank you, thank you for that. That was a musical experience of a lifetime!”

Funny he should say that. I reflected on that rare musical gift he and his companions gave us when we sang Nkosi Sikelel’ iAfrika together those weeks back. The musical moment he had essentially given me, as part of a ongoing, wonderful cycle of sharing, transformation and gratitude.

And that’s why we’re singing.

Scott Chamberlain is a classical singer who writes the blog Mask of the Flower Prince. This commentary was adapted from one of his blog posts.

Preparing for South Africa: This is why we sing