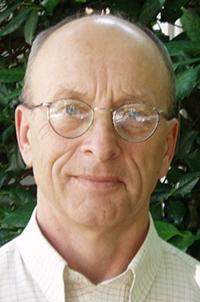 Now that the traumatic process of adding a new justice to the U.S. Supreme Court is finally over, we can ask what this might mean for the court, the presidency and the country. No one who watched the confirmation hearings and the resulting turmoil can avoid the feeling that something has gone awry in the United States. Knowing how these developments will play out in the coming years and decades isn’t easy since making predictions is difficult, especially about the future. But there are a few clues that can be useful in gauging our general drift.

It’s been suggested that Justice Kavanaugh was picked not only for his reliable conservative views but for supporting the idea of pardoning the President for misdeeds. Defending presidential prerogative may not be so alarming in itself but applied to this President could lead to grotesque outcomes that even Putin would envy. More importantly, such an expansion of executive power could pave the way for a captive judiciary ready and willing to make room for a true authoritarian leader dressed in democratic trappings. A model and precedent for such a power grab already exists.

One of the lesser known figures of post-Weimar Germany was the legal scholar Carl Schmitt. His work provided a theoretical basis for the Third Reich and rests on three propositions. First, the leader in a constitutional government is the nation’s sovereign, the absolute ruler. Representing the true will of the people, he has ultimate power and at times is expected to exercise that power outside the constitutional framework.

Next, there are emergency or exceptional situations when the sovereign must act on behalf of the nation without approval or consultation. We certainly do live in dangerous times that require decisive leadership. But here the leader/sovereign is the only one who decides what situation is an emergency and the action to take.

Finally, the world is viewed not as a cooperating community of nations and peoples but as a competitive battleground in which others are either friends, or enemies, and treated accordingly. Determining who is an enemy is not necessarily a rational process analyzed by political experts, but can be a subjective sense about who or what threatens the leader’s position. This is not a world view based on what we normally regard as facts or truth, so don’t bother arguing about it.

Why should we care about an obscure German legal doctrine, particularly when comparisons with the Nazi era are overused and often hysterical? Of course the national experience of an absolute leader in Germany became more than a theory, but Schmitt’s work reveals uncanny similarities to our current situation. For example, the sovereign decides when conditions are so bad that legal norms no longer apply. The appearance of ruinous international agreements, the uncontrolled influx of foreigners and generally being taken advantage of in world affairs would prompt such a leader to take action at the edge of or outside the law.

A sympathetic Supreme Court could offer generous legal means to strengthen presidential power and eventually abdicate its own role as guardian of the law altogether. The way would then be cleared for an unrestrained, and uninhibited, leader to take unilateral action with every means at his disposal.

This outcome may seem unlikely in a country with a system of checks and balances and a revered Constitution. However, the system would need to work as designed, with a functioning and independent legislative branch not servile to the president. A recent article by a scholar of German history shows how conservative leadership in that country’s legislature gradually ceded power to an upstart politician and eventually surrendered control to what became a monstrosity. Christopher Browning, professor emeritus at the University of North Carolina, points to the slow degradation of democratic norms and extreme polarization of politics as warning signs.

Culmination of a long-term backlash

Republican stalwarts and true believers are currently thrilled with a president who has pushed their agenda of tax cuts, deregulation and reduction of government-sponsored programs like health care. These actions are often seen as the culmination of a long-term backlash to liberal projects going back to the anti-consumer Powell Memorandum of 1971 and all the way to FDR’s New Deal. Whatever its source, the long reactionary march through democratic institutions has now arrived at the nation’s centers of power with great exultation. Those not celebrating hope that some remnants of toleration and compromise will survive Trump’s triumph, sparing us a version 2.0 of It Can’t Happen Here.

Former Secretary of State Madeleine Albright’s favorite quote from her book, “Fascism, A Warning,” comes from Mussolini, that by plucking a chicken one feather at a time, people won’t notice. The squawk fades, and then comes another pluck — be it an attack on the news media, science, friendly nations or immigrants. Each outrage helps create a cumulative sense of public alarm that could later be melded into a state of emergency caused by those “enemies“ out there. Next, retaliation would be in order, at what cost we don’t want to guess.

Only the true leader, shrewd enough to recognize these subtle threats, can save the republic using extrajudicial powers, as explained by Carl Schmitt’s prescriptions. President Trump has been accused of destructiveness, nihilism, and fomenting general chaos. True, to judge by the results, but the bigger picture is all about a new order brought to life and given shape by a volatile mixture of charisma, resentment and pathos.

This dire future may not happen here; we can hope it’s a case of runaway imagination. But the fundamentals for this unwelcome vision are sound and staring us in the face. Does our country have what it takes to survive the bumpy road ahead?

Larry Struck is a writer based in Edina.