The Minneapolis 2040 Plan, the comprehensive plan adopted by the Minneapolis City Council on Dec. 8, establishes a menu of policies to guide the city’s growth in the coming decades. Among its most important features, the 2040 Plan contains a suite of bold policies designed to place Minneapolis at the forefront of climate action. 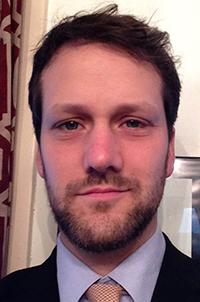 100 percent carbon neutral by 2050. The 2040 Plan requires that Minneapolis rewrite its Climate Action Plan to put the city on a concrete path to complete carbon neutrality by 2050. This emissions target reflects guidance by the Intergovernmental Panel on Climate Change (IPCC) and puts Minneapolis on the right side of history in the global effort to hold Earth’s temperature rise to 1.5 degrees Celsius. The 2040 Plan’s carbon neutrality target builds upon previous city climate goals, including a 2015 goal of 80 percent emissions reduction by 2050 and a target of 100 percent renewably sourced electricity by 2030.

Minneapolis’ adoption of the 2040 Plan and its goal of carbon neutrality by 2050 came the same week Xcel Energy, Minnesota’s largest electric utility, announced its commitment to “deliver 100 percent carbon-free electricity to customers by 2050.”  Xcel’s climate commitment is the most ambitious announced to date in the U.S. electric power industry. Also in the same week, the Sierra Club announced that there are now 100-plus cities committed to 100 percent clean energy across the United States. Although this convergence of announcements appears coincidental, their proximity to each other reflects a growing recognition that swift and bold climate action is imperative for our collective future.

Accountability. The 2040 Plan strengthens accountability to ensure that the city and private actors actually make progress toward our climate goals. For example, the plan requires Minneapolis to document the anticipated greenhouse gas emissions impacts of major city infrastructure projects and requires city staff to analyze and publish ways that private developments do — or do not — achieve goals listed in Minneapolis’ Climate Action Plan.

Real estate development standards. The 2040 Plan requires that any private real estate development project that receives city money meet above-standard sustainability measures. It also establishes further policy guidance to require that all new buildings meet above-standard sustainability measures if — and hopefully when — the state of Minnesota allows municipalities to establish building codes more stringent than that required by the state.

Lower impact living within the city. Beyond these specific climate-focused goals, the 2040 Plan lays the groundwork for lower impact living within the city limits. The IPCC makes clear that essential ingredients of a lower-carbon future are “dense, pedestrianized cities” where public transport is viable. This can be achieved through “changes in urban design that encourage walkable cities, non-motorized transport and shorter commute distances.”

The Minneapolis 2040 Plan is a bold roadmap that has the potential to place Minneapolis at the forefront of U.S. climate action. The plan’s strong focus on climate mitigation resulted in part from emphatic community direction — through a community engagement process that garnered approximately 18,000 public comments — and in part from its authors’ understanding that addressing climate change is one of the great moral imperatives of our time.

The 2040 Plan rejects a status quo that is failing us and rejects a course of action grounded in incrementalism. Instead, the 2040 Plan embraces the wisdom and direction offered by the world’s top climate scientists, tackling climate change head on.

Through this action, Minneapolis invites other communities to join in this journey.

2040 Plan could place Minneapolis at the forefront of U.S. climate action