Of all his accomplishments, the late President George H.W. Bush was exceptionally successful in foreign policy. He had demonstrated his mettle for diplomacy, though, long before his presidency. 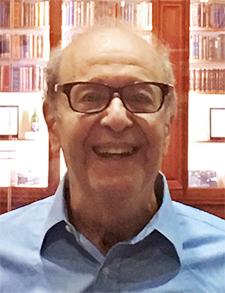 I was fortunate to serve at the U.S. Mission to the United Nations from 1970 to 1972, specializing in international human rights issues. At the time of my arrival, the U.S. ambassador to the U.N. was Charles Yost, an accomplished and respected career diplomat.

In November 1970, Bush lost his Senate campaign in Texas. President Richard Nixon appointed him to replace Yost. Some at the Mission had hard feelings about Yost’s ouster and regarded the Bush appointment as a political payoff. But Bush turned out to be a superb diplomat. He seemingly had a natural gift for foreign policy. It did not take him long to win over the people at the U.S. Mission and representatives from the international community at the United Nations.

One episode in particular showed that Bush had “the vision thing” well before 1988.

In 1971, Pakistan was fighting a war against an independence movement in East Pakistan. I became friendly with the Bangladeshi independence spokesman at the U.N., Abu Sayeed Chowdhury, who was roaming the halls of the U.N. looking for support for his emerging country. Chowdhury was a man of considerable substance. He had served as a justice of the Pakistan Supreme Court, president of the University of Dacca, and Pakistani representative on the U.N. Human Rights Commission. His remarkable background notwithstanding, Chowdhury could not afford printed calling cards, so he hand wrote “Mr. Justice Abu Sayeed Chowdhury. Special Representative of the Govt. of Bangladesh for Overseas,” on small sheets of paper for everyone he met. He asked me to try to arrange a meeting with Ambassador Bush.

Broached the subject with trepidation

With a certain trepidation I asked Bush’s secretary if Chowdhury could have an appointment. A little later she called saying that Bush wanted to see me. We talked, and Bush agreed to confer with Chowdhury. He wanted me at that meeting, too.

Bush and I met with Chowdhury in late November 1971 in the ambassador’s office at the Mission.

Chowdhury talked about the hatred between the two sides and went into graphic detail about atrocities Pakistani forces had committed in the war. He stressed that the Bangladeshi independence movement was pro-Western and anti-Communist and wanted friendly relations with the United States.

Still, not everyone was happy with the Bush-Chowdhury meeting. National Security Adviser Henry Kissinger did not support the independence movement against ally Pakistan. The State Department did not want any sort of meetings at the U.N. that anyone could construe as recognition of a new independent state in what was then East Pakistan.

The ambassador did it anyway.

India entered the war in early December against Pakistan on behalf of the rebels. The war ended quickly a couple of weeks later, and Bangladesh was a new, independent state.

Chowdhury became the president of the newly independent Bangladesh. The Bush meeting with Chowdhury was the first high level American contact with the new nation. Ambassador Bush was proven right to proceed notwithstanding the objections from others in Washington.

Ambassador Bush also took a special interest in speaking out on the plight of Soviet Jewry. This was a huge human rights issue then, in March 1972, with the Soviets blocking emigration of Jews out of the country. The ambassador asked me to write a speech he would deliver at the General Assembly or Human Rights Commission.

The draft concluded, “My delegation calls upon the Soviet Government to give heed to the deep concern of governments and peoples throughout the world and of its own citizens by according Soviet Jews the right, not merely the occasional privilege, to emigrate and permitting those who remain to freely practice their religion.”

Despite his privileged upper class background, Ambassador Bush was not a stuffed shirt and had an impish sense of humor. He was not an ideologue either. In one cable to the State Department, the ambassador reported a conversation with the Spanish U.N. ambassador, in which the latter expressed effusive support for the war in Vietnam, not a common sentiment at the U.N. in those days. Knowing of my previous sojourn in Vietnam and lack of enthusiasm for the whole adventure, Bush gave me a copy of the cable, circling the word Vietnam and adding his handwritten note, “Fascists of the World Unite!”

Bush left the U.N. for other appointments and I returned to Minnesota in 1974, but we remained in contact. I became an early Bush supporter for the 1980 Republican presidential nomination. In 1979, as a newly elected Minnesota state representative, I organized other legislators on his behalf. That fall, we put together a campaign lunch for him in St. Paul. The cream of the Minnesota moderate Republican establishment was there. Early in his speech, Bush gave me a generous plug to this influential local audience as “my secret weapon at the U.N.” It was always his practice to give others credit for their work on his behalf, often in a humorous way. He was just a wonderful guy. After the lunch, Bush and I shared a good laugh over his quip (see photo).

Bush waged a strong campaign as a nonideological Republican in the Dwight D. Eisenhower mold, taking special delight in lampooning “voodoo economics” slashes in taxes for the very rich. He eventually got elected president, but one wonders how different the country and the Republican Party would be today if Bush and his brand of Republicanism had prevailed in 1980.

Minneapolis resident, attorney, and author Elliot C. Rothenberg was in the U.S. Department of State from 1968 to 1973, serving at the American Embassy in then-Saigon, Vietnam, and the U.S. Mission to the United Nations. He represented St. Louis Park in the Minnesota House of Representatives from 1978 to 1982.

Remembering the statesmanship and humor of George H.W. Bush