Our government’s illegal economic sanctions have created a crisis in Venezuela, where there is a lack of medicines, medical supplies and food supplies. This week the Trump administration illegally impounded billions of dollars of proceeds from the sale of Venezuelan oil in the United States. These dollars are needed to buy medical supplies and medicine. Our government is acting as a rogue regime as it defies international laws and norms. No doubt, Venezuelan society is divided, but instead of our fostering division we should support the call of Mexico, Bolivia, Uruguay and the Vatican for dialogue in Venezuela. 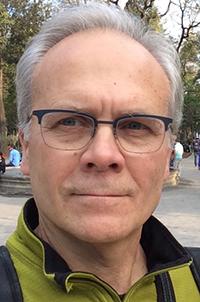 Americans should recall that it is John Bolton, President Donald Trump’s national security adviser, that among others in the G.W. Bush administration led us into the quagmires in Iraq and Afghanistan. Bolton reportedly is thinking of sending 5,000 U.S. troops to Colombia to be on call in case they are needed in Venezuela. Any U.S. military operations in Venezuela will be met with resistance.  Do we want another war? More U.S. soldiers dying for oil and minerals? This is what this intrigue is about. It is a lie that we are defending democracy and freedom in Venezuela. They already have both.

The opposition is now represented by Juan Guaidó, who appointed himself president, with the support of the Trump administration. This same opposition, funded by a coalition of the rich and our tax dollars, boycotted the May 2018 elections. Why? Because they knew any candidate they chose to run against President Nicolás Maduro would lose. The opposition is not the majority. We are being told the election was fraudulent. That is just another regime-change lie to convince Americans to support another intervention for oil.

In 2016, Trump ran on not getting us involved in regime change interventions that have bled our national treasury and led to thousands of U.S. soldiers deaths and tens of thousands who have sustained catastrophic injuries. Recall we have been lied to by successive governments, including the pretext used by President Barack Obama for attacking Libya, which is now a nation in turmoil and a training ground for terrorists. Every intervention makes us enemies, not friends.

Americans must demand no U.S. military intervention in Venezuela and an end to all sanctions. Sanctions lead to conflict and war. We know this. Let’s stop the lies. Our congressional leaders must act now to stop the Trump administration’s attempt to engineer a coup in Venezuela. Where does our Minnesota congressional delegation stand? With coup leaders and Trump, or on the side of democracy and respect for sovereignty?

Wayne Nealis is a writer and longtime peace and labor activist living in Minneapolis.

On Venezuela, our government is lying to us again