March 26, 2019
The Green New Deal deserves to be the center of attention in policy discussions. A similar proposal should have been center stage 40 years ago. We are now paying a high price for our neglect. Climate change is unquestionably the issue of the century. The cost of ignoring climate change will be more apparent with each passing year – even if we come to our senses and begin greening the global economy today. 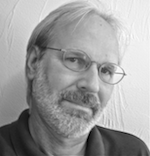 As David Wallace-Wells recently wrote in the New York Times, “The age of climate panic is here. Last summer, a heat wave baked the entire Northern Hemisphere, killing dozens from Quebec to Japan. Some of the most destructive wildfires in California history turned more than a million acres to ash, along the way melting the tires and the sneakers of those trying to escape the flames. Pacific hurricanes forced three million people in China to flee and wiped away almost all of Hawaii’s East Island.”

These events are shocking even to those knowledgeable about environmental issues. I never, in my lifetime, expected to see weather events ascribed to climate change. My readings in environmental science during the mid-1970s clarified the problem but offered no reliable timeline. Predictions seemed little more than guesswork.

As the digital age evolved and expanded, computer models gained amazing accuracy. Scientists are now much better at making predictions, both in terms of weather and climate. Their findings would cause more alarm if they were not countered by false claims and ignorance.

But the climate change debates are also confused in ways they could not have been in the 1970s. First, income and wealth inequalities are far worse than any of us would have imagined back then. France in 1968 and the United States in 1970-71 reflected a widespread and growing awareness of injustices and inequalities of many kinds. Despite the turmoil, almost everyone expected their lives to improve. The debate, in many ways, was about how social and economic change would occur – too slow and shallow for some, too fast and deep for others.

Thomas Piketty’s book, “Capital in the 21st Century,” made clear our delusions. Inequality has grown to monstrous proportions with a small part of the upper 1 percent pocketing so much income and wealth that it defies reason. The developed world became a casino, and those with the most money never lost a game. We now have unprecedented wealth, but that wealth is highly concentrated.

The Green New Deal as proposed in the House of Representatives addresses much more than climate change. The proposed joint resolution being circulated on the internet seeks “to promote justice and equity.” Later, it proposes “providing resources, training, and high-quality education, to all people of the United States,” as well as, “guaranteeing a job with a family-sustaining wage.”

For these and other proposals within the joint resolution, there has been much criticism. The Washington Post editorial board said, “Massive social reform will not protect the climate.”

These criticisms are to be expected, but the evidence of human-caused climate change has become overwhelming. Likewise, growing inequality is easily measured and documented. We need a Green New Deal mobilization that confronts both environmental and social issues.

Thomas Friedman receives much credit for creating the term “Green New Deal” in a Times column from 2007. Few references have been made to the Cambridge-published book prepared by Edward Barbier for the United Nations Environment Programme: “Rethinking the Economic Recovery: A Global Green New Deal.” It was published in 2010. Barbier reminds us that meeting this challenge is a group project – a global project.

Worldwide, anger is apparent — and justified

Many people in the developed world who work for a living never benefited from globalization – in terms of increased wealth or economic stability. And, they are very angry. We see that anger directed toward Rep. Alexandria Ocasio-Cortez, President Emmanuel Macron in France, Chancellor Angela Merkel in Germany and other international leaders. We are in the midst of a confusing Brexit, a “yellow vest” rebellion in France, and rising anti-immigration sentiments in Europe and the United States.

Few members of the privileged class seem to understand this anger. But the anger is justified. As the Federal Reserve reminds us: In a pinch, 40 percent of Americans can’t come up with $400 without heading to the pawn shop. The majority of Americans have no significant retirement savings.

It is not possible to separate the changes necessary to save our planet from climate disaster, and the gross inequities central to the current version of globalization. They are entwined factually and in a range of emotional responses – some coming from the right and some from the left.

My father was a blue-collar worker. He moved to a university community as soon as he possibly could. When we had out-of-town guests, he and my mother always insisted on a tour of the university campus near our home. I grew up listening to their pride and trust in public institutions.

Too many mothers and fathers have raised children since then with little or no trust in institutions of any kind. They feel betrayed and left behind, and they worry about the future of those they love.

Working families’ support will be needed

To achieve a Green New Deal that echoes its namesake New Deal, there will need to be voters who support it. The proposed mobilization will need the support of working families whose wages have been stagnant for decades, and whose children have lost any hope of joining the middle class. It will need to spark the enthusiasm of rural voters in states disproportionately represented in the Senate.

Properly implementing a Green New Deal can do that. It is a matter of balancing our response to an environmental crisis with a renewed commitment to justice and equity. Done properly, it can even bring us closer to European allies and others who have not been treated well these past few years.

A plan limiting itself to direct mitigation of climate change will not work. It will not engage a weary, betrayed electorate. Reps. Alexandria Ocasio-Cortez and Ed Markey are right. The Green New Deal must be a vehicle to invite working families back into a vision of institutions and democratic processes that can be trusted.

The Green New Deal needs more thought, much work, many refinements, and vigorous debate. Its goals and outcomes must touch us all and mobilize widespread support. But it is a brilliant proposal during desperate times. We should wish the proponents luck, join them in their work, and do our best to rejuvenate hope, compassion, and trust in our institutions and democratic processes.