Some of us remember the first Earth Day, Saturday, April 22, 1970. We pulled old bedsprings and tires out of local rivers and urged a ban on phosphates that fueled weed growth in streams and lakes. The scientific word of the day was “eutrophication.” The policy word was “recycling,”’ reversing the common practice of throwing paper, bottles and cans, including valuable aluminum, into “the dump.” 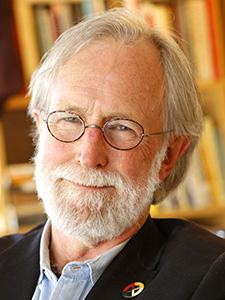 How quaint those efforts seem today, against the existential crisis of climate change. But the progress since Earth Day 1970 is instructive, as there have been many important accomplishments, most considered impossible at the time.

If one principle underlies most environmental regulation, it is that public resources — air, water, land, health — should not be freely polluted by private interests. That means that public streams, rivers and lakes should not be used as free sewers, as they were in my youth, when I was not allowed to touch the toxic Fox River flowing through my Wisconsin back yard.


Given strong Clean Water Act amendments passed in 1972 and since, that river and most others have been remarkably cleaned up. And we have blue skies over most of America, versus the airborne coal ash and asthmatic particulates of my childhood, due to air pollution laws  — including the Clean Air Act’s strict enforcement amendments passed in 1970 and thereafter.

Instead of ruination, prosperity

All these changes were heavily opposed as politically impossible and economically ruinous. Instead the economy prospered.

Today protection of the public commons requires that the earth’s atmosphere no longer be used as a free sewer for carbon waste products and other compounds with greenhouse effects that are radically changing the local and global climate and acidifying lakes and oceans.

The science on climate change has been clear and alarming for the 30 years I have covered it as a journalist. Today everyone should be concerned about the ecological and economic costs already apparent. As the MIT Technology Review noted, 2017 was “the year climate change began to spin out of control.”

The Energy Innovation and Carbon Dividend Act of 2019

Yet the answer to this spinning is also at hand, in the form of wind machines and solar panels and energy storage systems, all with radically plunging prices. But to compete fairly requires a price on carbon pollution reflecting damage caused to current and future generations, ending the hidden subsidy a “free” atmosphere affords fossil fuels. A bill before the U.S. House right now, the Energy Innovation and Carbon Dividend Act of 2019, does just that, including other helpful policies as well. It adjusts border tariffs to capture the carbon content of foreign products, holds the nation’s farmers harmless for their fuel use, holds off further regulation of carbon for a decade to see if this program is effective, and returns all funds raised to American families.

The bill is co-sponsored by two of Minnesota’s newest members of Congress, Rep. Angie Craig of the Second District and Rep. Dean Phillips of the Third. Their support of climate action represents a major shift from their predecessors, who either mocked or were silent on climate science and solutions.

All of Minnesota’s congressional delegation should sign on, from the Eighth District in the north where the forests are already stressed and changing, to the First District in southwest Minnesota, where farmers are still not fully in fields because of unseasonal snow and heavy rains.

Can Minnesotans and the world function comfortably without coal and oil and eventually natural gas?  Yes, just as we live now without wood-fired stoves and whale oil lamps.

A powerful nuclear fusion reactor in the sky rains down far more energy than needed to fuel all modern life and lifestyles. The fuel is free. The cost of capturing it is falling exponentially. With proper accounting for the carbon pollution of fossil fuels and other greenhouse gas compounds, the sun will happily carry the human project forward.

James P. Lenfestey is a former editorial writer for the Star Tribune covering education, energy and the environment. He was a volunteer in River Falls, Wisconsin, for the first Earth Day, April 22, 1970.  The  bedsprings and tires were occupants of the Kinnikinic River.