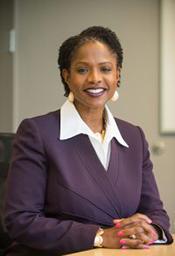 As people who have for decades been in the front lines of the effort to get low-income Minnesota children under age 5 prepared for school and all that follows, we’re perplexed by Gov. Tim Walz’s early education budget. While the investments the governor’s budget included in early care and education are valuable and appreciated, the budget has only a relatively modest overall increase in early learning spending and $0 in new funding for the proven Early Learning Scholarship program.

The authors of this commentary serve very different communities. One of us serves children on a rural American Indian reservation and one of us serves low-income African-American children in north Minneapolis. Under Gov. Mark Dayton and Minnesota’s federal Race to the Top Early Learning Challenge grant, both of our communities benefited from heavy investment in Early Learning Scholarships by being designated “Transformation Zones.” This investment  is still paying huge dividends to our children and communities. 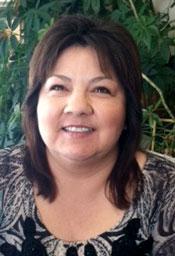 Many types of early care investments are critical, including the Child Care Assistance Program (CCAP) and school-based programs. But we want to especially hold up the approach that in our respective communities has been the strongest lever for real transformation in the lives of low-income black and Indigenous children: scholarships that give our children access to quality Parent Aware-rated centers. In our experience, Early Learning Scholarships are the most effective and efficient early learning funding tool available to us. That’s why we were so disappointed to see Walz leave these scholarships out of his budget proposal.

For those who are most in need

While a mix of early learning programming is important, Early Learning Scholarships have important advantages. These scholarships target limited state funding to the low-income children who are most in need. This is essential because the taxpayer return-on-investment is low to nonexistent for children whose families can already afford quality programs, but there is a high return for children from our communities.

These scholarships also offer full-day, full-year options. This is crucial because so many parents are working full time or trying hard to go back to work, which is impossible without affordable care.

In addition, Early Learning Scholarships can start very early in life, and are available for multiple years. This is key because achievement gaps open as early as 9 months of age, and the most low-income children need intensive help to catch up by kindergarten.

Unlike other models, these scholarships also demand that children benefit from kindergarten-readiness best practices. This is imperative because children in low-quality programs often don’t get prepared for kindergarten, and can actually be set back.

Early Learning Scholarships also are “portable,” meaning parents can take their scholarship from program to program without going through additional bureaucratic hoops, which prevent children from losing their learning continuity when a parent’s life circumstances changes.

One major problem: There aren’t enough

In our experience, there is really one major problem with these scholarships. There aren’t enough of them. There simply isn’t enough scholarship funding coming from the Minnesota Legislature to help about 35,000 low-income Minnesota children who still can’t access high-quality early learning programs.

That’s why we could not stay silent when we saw that the administration’s budget for the next two years only recommended enough new early education investment to reduce the number of left-behind low-income children from 35,000 to 33,000.

At this rate of incremental change, it will take more than three decades to serve the remaining unserved children. Three decades! As advocates for “high-return” children, we feel the need to challenge leaders of both parties to have a greater sense of urgency about helping our most vulnerable children in an effective, research-based way.

Bills in the Legislature

Among other wise proposals, we support the bipartisan Senate bill authored by Sens. Carla Nelson, R-Rochester; Melisa Franzen, DFL-Edina; Justin Eichorn, R-Grand Rapids; Patricia Torres Ray, DFL-Minneapolis; and Paul Anderson, R-Plymouth. It is focused on the proven scholarship model. And, we’re encouraged by House File 1, which includes increased scholarship investment and is being led by Reps. Carlie Kotyza-Witthuhn, DFL-Eden Prairie, and Dave Pinto, DFL-St. Paul. The House has included $12 million more for Early Learning Scholarships in its budget for the next biennium. We urge leaders in both parties to pass legislation to help those 35,000 left-behind low-income children with Early Learning Scholarships.

If tens of thousands of low-income children continue to get left behind year after year, we will all pay the price. After all, children who miss the opportunity of a high-quality early education are more likely to be unprepared for kindergarten, drop out of school, be unable to help Minnesota win in a competitive global economy, and require expensive taxpayer-funded services over their lifetimes. And, most important, those children may never fully realize their unlimited potential. For those reasons, today’s neglect will devastate Minnesota’s future economy, taxpayers, communities and citizens.

So, can Minnesotans of all political stripes and geographic areas agree on one thing? For the good of Minnesota’s economy, communities, taxpayers, and most vulnerable children, let’s prioritize limited state funding to give Early Learning Scholarships to 35,000 left-behind, low-income, “high-return” children.

Sondra Samuels is president and CEO of the Northside Achievement Zone in Minneapolis. Barb Fabre is CEO of Indigenous Visioning and former director of the White Earth Child Care/Early Childhood Program.

By Sondra Samuels and Barb Fabre