Are these the words of a postmodernist? A cultural Marxist? A historian with a sharply defined political agenda?

No.  No. And — most importantly — no. These are the words of a dead white man. Carl Becker, to be specific. Becker (1873-1945), long-time historian at Cornell University, shared this basic vision of history and how it works during his presidential address at the American Historical Association’s annual meeting in Minneapolis in 1931.

Becker’s understanding of history as a constantly changing set of interpretations rather than unchanging facts came to mind last week when the politicization of Minnesota history hit new heights. The Board of Regents at the University of Minnesota rejected its own faculty’s evidence-based interpretation of racist actions by university leadership in the past. Meanwhile, the GOP-controlled state Senate — seemingly troubled by the inclusion of the Dakota word Bdote in signage at Fort Snelling State Historic Site — voted to punish the Minnesota Historical Society (MNHS) by slashing its proposed annual budget by 20 percent.

Detractors suggested that both the university’s faculty and MNHS were engaging in “revisionist” history. This phrase is a contradiction in terms that reveals how little the detractors know about the actual practice of history. Indeed, those who wrote a report on past injustices at the University of Minnesota as well as the historians at MNHS did not unduly politicize the state’s history. Those accusing them of revising the past did.

Every historian knows that history changes over time. That is one of the fundamental tenets of the discipline. Indeed, the past is always changing. New evidence, new questions, and new historians craft new interpretations. They add up to an always evolving understanding of history. That’s what makes the field so exciting. It’s a live project. 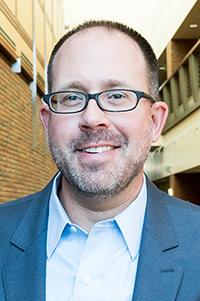 Importantly, Carl Becker didn’t go out on a limb in 1931. Forty years prior, historian Frederick Jackson Turner (1861-1932) — famous for stints at the University of Wisconsin and Harvard University, as well as for his frontier thesis — noted that “each age tries to form its own conception of the past. Each age writes the history of the past anew with reference to the conditions uppermost in its own time.” This dead white man was also right. His words are as true today as they were in 1891.

The belief that changing building names on a campus or adding a single word to the signs orienting visitors to a historic site does violence to history is itself doing violence to history. Those who hold fast to such critiques reveal their own ignorance of the field’s most basic assumptions. Furthermore, they prove themselves to be guilty of the very charge they purport to identify. Suggesting that our understandings of the past remain unchanged — or suggesting that the standards of today are unfairly applied to past people or events — is the only actual politicization of history.

Minnesotans deserve better. Beliefs in an unchanging past are ahistorical. Historians at the University of Minnesota and the Minnesota Historical Society know what they’re doing. They’re not engaged in radical acts. They’re actually rather conservative. Evidence-based efforts to change the names of places with the questions and concerns of the present in mind is what the dead white men of the past tell us we should do. Historians of an earlier age knew that, by definition, history is always changing. On this count, we should listen to them closely.

On dead white men and the politics of Minnesota’s history