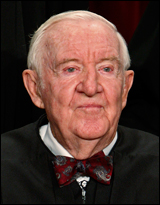 WASHINGTON — The looming retirement of Supreme Court Justice John Paul Stevens, and the need to replace him before the court reconvenes in October, adds yet another major item to Congress’ and the White House’s to-do list, despite the fact that the list was probably too big to complete before members effectively check out later this year to concentrate on the midterm elections.

The court process is likely to overshadow the rest of the legislation, and already Washington is abuzz with speculation over whom President Obama might nominate to the highest bench in the land.

“I hope that President Obama will nominate a successor who shares Stevens’ values and commitment to the rule of law,” Sen. Al Franken said in a statement. Franken and Sen. Amy Klobuchar are both members of the Senate Judiciary Committee, which oversees the nomination process.

Klobuchar has been mentioned by several pundits as someone with an “outside” chance at the court nomination, though the former prosecutor has given no indication that she considers herself on any short list.

In a statement, Klobuchar said she looks forward to “considering the President’s nominee to be the next Supreme Court justice and I hope we will have a productive and civil exchange about that nomination.” Reading between the lines there, one notes that Klobuchar wouldn’t be considering anything if she were the eventual nominee.

She had a somewhat stronger denial when speaking with MSNBC host Chris Matthews on his “Hardball” show Friday.

“I couldn’t get it because of my past speeches, you know, all the times, remember [Sonia] Sotomayor – the ‘wise Latina woman’?  You can’t imagine how many times I referred to myself as a ‘wise Slovenian woman,’ Chris.  It’s over,” Klobuchar joked.

To figure out when everything will go down in the confirmation process, it’s helpful to work backward. The Supreme Court’s first oral arguments after its summer break come on the first Monday of October – this year that’s Oct. 4. Given that the nominee will want to have some time to warm up (hiring staff, finding out where the bathrooms are, etc.), Democrats would like to get someone in place by the beginning of September.

However, much of August is taken up by the annual August recess, so that pushes things back into July. The Senate needs to take its time deliberating (hearings, nominee-senator meetings, debate, things like that), and to do all that comfortably one would assume the president would need to nominate someone before Memorial Day.

In fact, that’s just what happened last year with Sonia Sotomayor. Justice David Souter announced his retirement at the end of April, Obama nominated her by the end of May, confirmation hearings began July 13 and ended later that month. Just before the Senate left for its August recess, she was confirmed on a 68-31 vote.

Obama and his allies will have exactly three more weeks this time, though they face a much more partisan Senate. Some Republicans are already putting out the word that top candidate Elena Kagan, the current solicitor general and former dean of Harvard law school, would provoke a fight.

Most Republicans issued statements that in so many words pointed toward tough hearings and high standards for strict constructionism. However, Tennessee Republican Lamar Alexander drew a line in the sand, saying in a statement that “in truly extraordinary cases, I reserve the prerogative to vote no on confirmation or even to vote to deny an up-or-down vote.”

Larry Jacobs, a political science professor at the University of Minnesota, said it won’t be easy for Obama to get his nominee through the Senate.

“It will be World War I trench warfare, akin to health care,” Jacobs said, adding that the White House is pushing to get financial reform legislation wrapped up before the next break to “clear the decks for the Supreme Court battle royale.”

Waiting in the wings

In fact, there’s quite a bit of legislation waiting in the wings that Democrats want to pass before lawmakers’ minds get consumed by the upcoming election.

Of course, at some point, this Congress will pack its bags and head home to fight the biggest remaining battle this year – the November midterm elections.