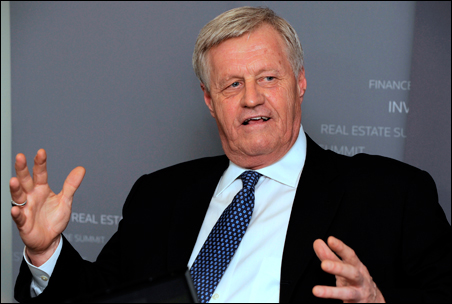 REUTERS/Mike Theiler
“In today’s politics, Collin Peterson [above] is a freak of nature,” said Steve Smith, a political science professor at Washington University.

WASHINGTON — Almost every single indicator in Minnesota’s 7th District points to a razor-tight race, or perhaps a GOP upset victory.

The challenger’s fundraising numbers have closed to within $22,000 of the incumbent over the last quarter. The district voted for John McCain over Barack Obama, and this is shaping up to be a very Republican year. The chairman of the National Republican Congressional Committee, Rep. Pete Sessions of Texas, even went so far as to say he was “confident” that Lee Byberg would oust Collin Peterson this year.

Almost every indicator, we said. That last indicator is Peterson himself, and his history of easily brushing off every challenger who crosses his path.

While the district gave 50 percent of its vote to John McCain in 2008, it gave 72 percent to Peterson. It was the fourth consecutive year where his vote percentage increased from the year before, going back to the last time the district’s boundaries were tweaked between 2000 and 2002. In fact, he hasn’t been held to under 65 percent of the vote since 1994, the last big GOP “wave” election.

“In today’s politics, Collin Peterson is a freak of nature,” said Steve Smith, a political science professor at Washington University in St. Louis who commutes from the Twin Cities. “Republicans have long asked, ‘Why can’t we find someone to beat this guy?’”

The man taking up that challenge this year is Lee Byberg, an economist by trade running in a year that’s supposed to be all about the economy. His parents were Christian missionaries, and Byberg still retains a thick Norwegian accent from his junior and senior high school days spent in Norway.

“I joke that I went to Norway to acquire a Minnesota accent,” he said, a nod to the district’s plurality Norwegian heritage.

That quarterly haul came very close to Peterson, who raised $172,000. Their bankrolls at the close of the campaign, however, will be quite different. 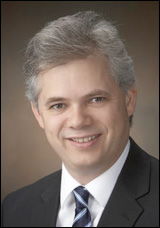 Peterson started out with a giant lead financially that remains in place — his third quarter puts him over $1 million raised for the cycle and campaign officials said he had well over $500,000 cash-on-hand.

The 7th District in northwest Minnesota is heavily rural — the largest city is Moorhead, population 32,000. That makes advertising in the race a bit of a challenge. It doesn’t cost much to advertise here, but there’s no really efficient way to do it, especially on TV. Buying in Moorhead, for example, wastes money because you have to buy for the entire area, which includes the larger sister city of Fargo, N.D.

So candidates this year are taking to radio instead, in addition to the time-honored tradition of putting thousands of miles on their own vehicles.

Byberg’s low cash totals reflect just such a media expenditure — he has paid $75,000 for a radio advertising buy that started Monday. Peterson, who hasn’t done much radio advertising in the past, will do so this session on advice from national Democratic campaign officials who are encouraging incumbents to spend as if they’re facing a real threat.

Assuming both candidates have the cash to get their message out to voters, both campaigns then seem to be hinging their message around Peterson’s moderation: Is he enough of a pain in Nancy Pelosi’s backside, or does he effectively cover for the San Francisco-based speaker?

True, Peterson has a well-established record of damn-the-consequences speaking his mind,  but he also has a tight relationship with a speaker, who describes herself as a “fan” of his.

“Peterson, like many Democrats of the mid-20th century, has fashioned an ‘outsider’ legislative record, emphasized district interests,  and developed an engaging personal style that have protected him from defeat,” said Smith. “His seniority and chairmanship now add to his ability to address the district’s interests.  There are few like him left, but it makes him a natural target.

“Of course, funding Peterson’s opponent also reflects the Republicans’ confidence in other districts around country.  They are now funding third-tier contests because they are doing so well in the first- and second-tier locations.”

That means actual national attention for Byberg, whom the National Republican Congressional Committee has elevated to the first tier of its “Young Guns” challenger program. With their backing, Byberg is taking straight aim at Peterson’s record.

“Well, Collin Peterson has been fairly good in the past but I think now his true colors have shown,” Byberg said. “He has been able to successfully place himself as a moderate, but our district is fairly conservative.”

Those “true colors,” Byberg says, include voting for Pelosi as speaker of the House, a vote for the cap-and-trade climate bill and a refusal to endorse completely overturning the health care bill. In addition, he said, Peterson’s 20 years in Congress make him partly responsible for the ballooning national debt, which is now more than $13 trillion and climbing.

“People in the 7th district, they’re recognizing that he’s not who he says he is.”

“Collin Peterson has always run the same kind of campaign, year after year. He’s the same guy, and he defies the political party label. He’s not the traditional candidate, and I think the voters in Minnesota’s 7th District know him and know what he’s doing,” she said.

“I think they appreciate his honesty and his bluntness so they’re not as eager to toss him as they may be [about others] in other areas.”