WASHINGTON — The Federal Communications Commission today issued the first federal regulations on how the Internet can be distributed to users, guidelines it seems that almost no one outside three-fifths of the FCC and President Obama actually likes.

While the majority said theirs was a move toward full Internet neutrality, the ruling itself stopped short of fully forbidding Internet providers from speeding traffic to some websites while slowing it to others — in effect allowing what’s known as a “tiered” Internet structure, especially for wireless access. 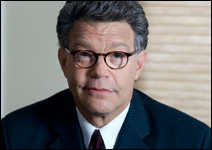 That move disappointed advocates for net neutrality like Sen. Al Franken, who said the new rules that are described by the FCC as advancing net neutrality didn’t go far enough, though he conceded it was probably better than passing nothing at all.

It also infuriated Republican opponents like Rep. Michele Bachmann who said the FCC has no business regulating the Internet at all.

The FCC created two segregated guidelines, one for hard-wired Internet access and another for wireless. For wired Internet plans, the rules are threefold: Internet service rules must be transparent, no sites may be blocked by providers and “unreasonable” preferential treatment of one site over another isn’t allowed. The definition of “reasonable” or “unreasonable” will no doubt be defined further in the courts, but the FCC said pay-for-preferred-access agreements would not count as reasonable.

FCC officials, however, said that mobile access was still too infant a technology to assume all three of those guidelines, so the “unreasonable” preferential treatment rule doesn’t apply.

So if you’ve got a Droid phone with Verizon cell phone service and Verizon FIOS Internet at home, Verizon would be allowed to slow down Google Maps in favor of its own mapping service on your phone, but not on your home computer (or at least, not in an “unreasonable” manner).

“The Internet of the next decade is at risk without basic FCC rules of the road,” Chairman Julius Genachowski said before the FCC approved its regulations on a 3-2 vote. The FCC’s three Democratic members voted in favor, its two Republicans voted against.

“Today’s decision will help preserve the free and open nature of the Internet while encouraging innovation, protecting consumer choice, and defending free speech,” Obama said in a statement hailing the decision.

FCC commissioners Michael Copps and Mignon Clyburn, both Democrats, said they’d have preferred that the rules go further toward ensuring Internet parity, but agreed that the rules as written were good enough to move forward with.

“The open Internet is a crucial American marketplace, and I believe that it is appropriate for the FCC to safeguard it by adopting an Order that will establish clear rules to protect consumers’ access,” Clyburn said Monday. “The Commission has worked tirelessly to offer a set of guidelines that, while not as strong as they could be, will nonetheless protect consumers as they explore, learn, and innovate online.”

Franken, who brought Copps and Clyburn to Minnesota for town hall hearings on net neutrality, said he was closest to their points of view, but disagreed with the plan.

“The FCC’s action today is simply inadequate to protect consumers or preserve the free and open Internet,” Franken said following the vote.

“I am particularly disappointed to learn that the order will not specifically ban paid prioritization, allowing big companies to pay for a fast lane on the Internet and abandoning the foundation of net neutrality.  The rule also contains almost no protections for mobile broadband service, remaining silent on the blocking of content, applications, and devices.  Wireless technology is the future of the Internet, and for many rural Minnesotans, it’s often the only choice for broadband.”

Meanwhile, Republicans on the commission and in Congress objected to the FCC stepping into the function of an Internet regulator at all. 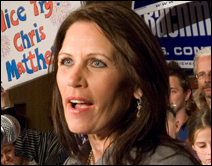 Rep. Michele Bachmann, shortly before the vote, called it “another example of regulatory overreach.”

“Nothing is broken in the Internet that needs fixing,” FCC Commissioner Robert McDowell agreed, while his fellow Republican, Meredith Baker, said prioritization online by providers was an essential technology to encourage additional investment in broadband networks.

More troubling, said McDowell, is that the FCC’s decision invites other governments to make similar rules, warning that the United States’ opposition to Internet restrictions in China and Iran would be weakened because the U.S. was making its own Internet rules.

Undoubtedly, the FCC’s decision will be challenged in court. In April, a federal court in the District of Columbia ruled that the FCC did not have the authority to prevent Internet providers like Comcast from prioritizing content.

Though these new guidelines were crafted to dodge that ruling, McDowell and Baker predicted they’d be challenged successfully again.

Yet even if the rules survive an inevitable court challenge, lawmakers on the left and the right have vowed to pursue legislation in the 112th Congress to modify or wholly roll back the FCC’s new regulations.

McDowell said more than 300 members of Congress on both the left and right had contacted the FCC opposing the regulations. Republican leaders in Congress said flatly they’d work to repeal it, including possibly by starving the FCC of the funding necessary to enforce its rule.

House Speaker-designate John Boehner pledged that the Republican House would “work to reverse this unnecessary and harmful federal government power grab next year.”

“The Internet is an invaluable resource — it should be left alone,” agreed Senate Minority Leader Mitch McConnell, who decried what he called the Obama administration’s attempt to nationalize the Web. “Fortunately, we’ll have an opportunity in the new Congress to push back against any new rules and regulations.”

Detailed explanation of the plan, as well as arguments for it from FCC Chairman Julius Genachowski.

Detailed opposition from the net neutrality point of view, from the Electronic Frontier Foundation.

Detailed opposition from the anti-regulation point of view, from McDowell.

Almost no one pleased with FCC action on Internet