WASHINGTON — The political arm of the George W. Bush White House required federal officials to use taxpayer time to plot campaign strategies to elect Republicans, a federal investigative agency found after an extensive review of campaign activity by federal officials during the 2006 election.

Those meetings included planning campaign visits by Cabinet members that were repeatedly falsely billed as official visits, so the campaigns in swing districts — including Mark Kennedy’s Minnesota Senate campaign — wouldn’t have to stretch their tight budgets to pay for them. There is no suggestion in the report at all that Kennedy’s (or any other) campaign knew about the misbillings, instead finding that this was common practice as directed by the White House. 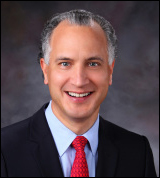 The strategy sessions were held in violation of a law known as the Hatch Act, which forbids all but a few federal employees from political activity on government time. If they do, the U.S. Treasury is to be promptly reimbursed so taxpayer dollars don’t go to political activity.

It was all detailed in an exhaustive 112-page report by the U.S. Office of Special Counsel, an independent agency tasked with enforcing the Hatch Act. Though the report focused on 2006, illegal electioneering was cited more than 100 times from 2001 to 2007, suggesting the practice was widespread.

Among the violations listed:

Kennedy said his campaign promptly reimbursed every trip fully as billed, and that he’d be happy to provide check numbers and receipts proving it.

“We paid everything we were billed for, in the amounts they were billed and in a timely way,” he said.

On the Johanns trips specifically, which were listed as unpaid by the OSC, three checks were issued in October and November, 2006, to the Department of Agriculture for a total of $708.18, which Kennedy said reimbursed the USDA for all expenses they billed.

Neither Pawlenty, nor Gutknecht were cited for any wrongdoing – their names were simply listed on lists of strategic targets, and OSC didn’t list a single instance where it was even suggested that they knew a violation was ongoing. A Pawlenty spokesman declined comment.

Instead, OSC investigators said “employees in the Bush II administration incorrectly classified political events as official, or in some cases, failed to recoup funds for events classified as political. These failures resulted in the use of U.S. Treasury funds to pay for political activity.”

Swing districts were also targeted for additional attention from federal agencies, and senior officials were encouraged to grease the wheels on projects in those areas to help Republican candidates.

One official with the EPA, unnamed in the report, said he understood political target lists, like the ones that mentioned Kennedy, Pawlenty and Gutknecht, to mean, “Here’s the five places where if you can do something for this governor, et cetera et cetera, can you do it?  So yes, there was always that correlation.  If you are going to be in those areas, please include this person if you can.”

The suggestion of widespread Hatch Act violations in the Bush administration isn’t new. In 2008, a Democrat-dominated House committee noted several additional violations, though that report was contested at the time by Republicans as being politically motivated.

Republicans on the same panel are now investigating to see if the Obama administration has engaged in similar actions.

None of the violators are likely to be punished. The sanction for the activities listed is dismissal, but none of the Bush appointees mentioned still work for the federal government.