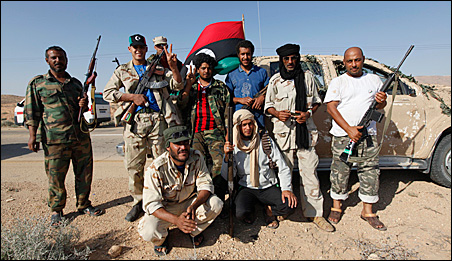 Update: The House of Representatives voted down the two resolutions they considered today.

WASHINGTON — When President Obama committed U.S. support for the NATO mission in Libya in March, he did so without asking Congress for authorization.

That action, in itself, isn’t illegal, or even all that unusual. But after three months of action in Libya, largely in a supporting role for the greater NATO forces there, Congressional leaders say it’s time to vote on the mission, an action many of them, including those from Minnesota, say is long overdue.

The issue at hand is the War Powers Act, a decades-old resolution of Congress meant to curb the president’s power to wage war without Congress supporting the effort. The act mandates presidents receive that approval within 60 days of starting hostilities.

That period has long passed, and the House will vote today on two resolutions related to the mission.

The two bills are divergent in nature. One authorizes the United States to continue the mission, though it bars the use of ground troops, and directs the White House to report to Congress on matters in the country. The second resolution would stop funding for any operation in Libya except non-hostile ones, like search and rescue missions.

Debate over authorization
The Obama administration has said U.S. forces are playing a supporting role in the mission and are not involved in the hostilities that necessitate Congressional authorization.

But that response hasn’t placated those in Congress, fueled as well by a New York Times article that said Obama bypassed some administration lawyers to reach that conclusion. Members of both parties have insisted on voting on the mission, saying Obama broke the War Powers Act by not asking for Congressional approval. A small group of representatives even sued Obama over his actions. 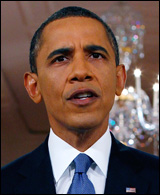 “I just believe that because of the president’s failure to consult with the Congress, failure to outline to the American people why we’re doing this before we engaged in this puts us in a position where we have to defend our responsibilities under the Constitution,” House Speaker John Boehner said at a Thursday press conference. “This is primarily a fight between the Congress and the President over his unwillingness to consult with us before making this decision.”

Nancy Pelosi, the leader of the House Democrats, said she believes Obama “has the latitude to do what he is doing as long as there are no boots on the ground,” but, “I also always say that consultation strengths the resolve of the country and the more consultation the better in that regard, whether or not it triggers the War Powers Act.”

But Pelosi’s support hasn’t succeeded in creating a united Democratic front behind Obama. Earlier this month, 61 Democrats voted for a failed resolution to defund the mission, a bill brought by Dennis Kucinich, a Democrat among the litigants in the War Powers Act lawsuit.

Kucinich announced yesterday he would support today’s resolution defunding the effort, as well as propose an amendment to a Department of Defense funding bill barring funds from being spent on the Libyan war.

On the Senate side, Minnesota Democrat Al Franken criticized Obama last week for not seeking Congressional approval for the effort. In a statement to MinnPost this week, he said he would support a resolution offered by Sens. John McCain and John Kerry that would authorize the mission — sans ground troops — for up to one year.

“While I supported the President’s decision to take action in Libya, its Congress’ job to vote on legislation authorizing the use of force,” he said. “I’m cosponsoring a bipartisan resolution to make sure that happens, and I’ll vote in favor of it — the sooner the better.”

Minnesota’s senior senator, Amy Klobuchar, said, “I supported a limited humanitarian mission but want to make sure the debate and any resolution is clear that we are not authorizing ground troops.”

Past votes a key
In addition to the measure defunding the war, the House approved a resolution this month that prohibited deploying ground troops to the country, which Obama has committed not to do. Neither resolution received complete support from either party.

From Minnesota, only Michele Bachmann and Erik Paulsen voted for the resolution defunding the war; only Betty McCollum and Keith Ellison voted against the troop prohibition.

Ellison has been a supporter of the mission, telling C-SPAN Thursday he’s talked with many Libyan-Americans who have expressed support for the United States’ involvement. But he said Obama has an obligation to keep Congress informed in the mission.

Ellison is the co-chair of the Congressional Progressive Caucus, a group that voted overwhelmingly against the troop resolution this month but was split almost in half on the measure defunding the mission.

The group has previously banded together to call for a quicker drawdown of the war in Afghanistan. There will be no such unity when it comes to Libya.

We haven’t taken a formal position on this because we’re split on this,” said Rep. Raul Grijalva, an Arizona Democrat who chairs the caucus with Ellison. He voted to defund the mission earlier this month. “I think it’s an issue in which there is no formal position because there is no consensus on it. Every member does what he or she feels is appropriate for their position or their conscience.”

Grijalva said he doesn’t support either the mission in Libya or the way Obama has bypassed Congress, but he said he wouldn’t vote for a resolution if it was simply a Republican attack on the president’s policies.

Ellison, meanwhile, told C-SPAN, “I’m not going to vote for some precipitous ‘get out now’ [resolution], but I do believe we need a greater degree of accountability.”