WASHINGTON — The third in a series of controversial congressional hearings on Muslim radicalization in America focused squarely on the Twin Cities Somali community.

The House Homeland Security Committee and its chair, Peter King of New York, heard testimony Wednesday from four witnesses — two from Minnesota — on the issue of al-Shabaab recruitment in the United States. Al-Shabaab is a terrorist organization operating extensively in Somalia. It recruited more than 20 Somali men from Minneapolis to train with them between 2007 and 2009, and one of those men, Shirwa Ahmed, became a suicide bomber who died in Somalia in late 2008. 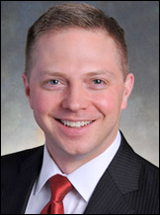 W. Anders Folk, a former assistant U.S. attorney for Minnesota and a former member of the Anti-Terrorism Advisory Council, told the committee that despite a recent respite in known al-Shabaab recruiting, the organization still poses a risk to American communities like Minneapolis. Potential recruits, many of them young men, have their future “stolen from them by the rhetoric of al-Shabaab,” Folk said. “The same message coming from al-Shabaab has come from al-Qaida … They’ve adopting a training program and ideology similar to al-Qaida.”

He called for a mixture of strategies to deter al-Shabaab recruitment, including targeting al-Shabaab interests in Africa, investigating and prosecuting supporters in the United States and using local outreach to gain the trust of potential target communities here.

On that last point, St. Paul Police Chief Tom Smith highlighted for the committee the city’s African Immigrant Muslim Community Outreach Program (AIMCOP), a venture started in 2009 that has St. Paul police offers interacting with members of the Twin Cities Somali community to create an “atmosphere of cooperation and trust.” 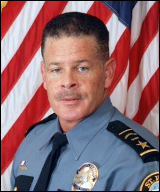 More than 45 officers participate in AIMCOP, a program that organizes events like youth sports programs and interacts with members of the African immigrant community, Smith said. The program has smoothed relations between the communities and the police department, so much so that it’s led to crime tips that have spurred federal investigations. One such investigation led to the indictment of several Minnesotans accused of sexually trafficking young women.

“We work with all our diverse populations,” Smith said. “It’s important to have that trust in place.”

Threats to the country?
Al-Shabaab’s peak time for recruiting was between 2007 and 2009, so there was some question about how big of a threat the organization poses to striking targets in the United States.

“Al-Shabaab has never attacked the United States or U.S. interests aboard,” Rep. Bennie Thompson, the ranking Democrat on the committee, said. “Vigilance must be in direct proportion to the probability and likelihood of the threat. Al-Shabaab does not appear to present any danger to the homeland.”

Folk warned that it’s hard to track recruited Americans who fight for al-Shabaab in Somalia and return to the United States. 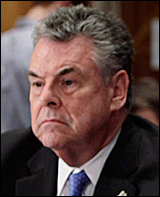 “Somalia … is a black box where you’re not able to track anyone,” he said. “The reality is that even in the best case scenario … we sometimes miss them. The potential is very scary.”

But the witnesses said al-Shabaab’s greatest danger remains its ability to recruit impressionable youth to act as freedom fighters in Africa. A committee member asked Smith if that threat remained in Minnesota, even after the success of AIMCOP.

“I can’t tell you that they’re not [recruiting members],” he said, “Obviously there are some youths who are targets for radicalization just as some are targets for recruitments into gangs.”

‘I will not back down from holding these hearings’
The hearing was the third in a series looking at Islamic radicalization in America. Many have criticized the hearings, and their creator, King, as divisive and discriminatory to the Muslim community. Democrats, including those on the committee, in Congress at large and in Minnesota, sought to emphasize peaceful and innocent American Muslims, who makes up the overwhelming majority of those in the country.

Minneapolis Mayor released a statement as the meeting began briefly profiling several Minneapolis residents of Somali descent who have contributed to the community.

“Yes, the community faces tough challenges, including the recruitment of young men for violence and the famine in Somalia right now: it is working hard to address them, and all Minnesotans and all Americans should support them as they do so,” he said. “But we cannot allow even the most serious challenges to obscure the community’s many contributions and successes.” 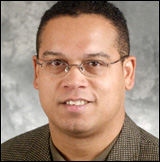 Congressman Keith Ellison, the Democrat who represents Minneapolis, released a statement pointing to the successful outreach from city officials to Minneapolis Somalis and said the hearings “threaten to undo vital work done by the Department of Homeland Security, the Federal Bureau of Investigation and local officials to build trust with the community.”

Ellison, the first Muslim elected to Congress, has been a fierce critic of the proceedings, calling them “an unfortunate use of the gavel.” He asked to testify at the committee hearing, but was denied. He submitted written testimony for the congressional record instead, and briefly attended the hearing as a member of the audience.

Democrats on the committee used their time to question the witnesses and in part to criticize the hearing.

Cedric Richmond of Louisiana compared attending the hearing to going to the zoo and seeing a “one-trick pony.” Al Green, a Texas Democrat who attending the hearing but doesn’t sit on the committee, presented a long, leading string of questions about the race and characteristics of Colleen LaRose, or “Jihad Jane,” a white American woman charged with conspiring with terrorists. He used her to illustrate that the committee should not focus all its energy on pursuing Muslim terrorists.

Texas’s Sheila Jackson Lee asked King to hold a hearing on right-wing radicalization in America, saying last weekend’s shootings and bombing in Norway justified a look at the issue of right-wing terrorism.

But King said he will defy calls to shift the focus of his hearings away from radical Islam. He offered a scathing critique of his critics as the meeting began, calling newspaper editorials against the hearings intellectually dishonest.

“Let me make this clear to the New York Times and their acolytes in the politically correct, moral equivalency media — I will not back down from holding these hearings,” he said. “I owe it to all the friends, neighbors and constituents I lost on September 11th. I will not back down.”