Peter Schweizer of the Hoover Institution tells “60 Minutes” the most valuable intelligence is often traded behind closed doors.

WASHINGTON — Before Sunday, Rep. Tim Walz’s STOCK Act was just another lost piece of legislation, a forgotten bill on an issue of general unimportance that had garnered only nine lonely co-sponsors.

Then Sunday night, “60 Minutes” aired a high-profile story on the stock trading privileges of lawmakers. No laws stop members of Congress from using non-public information they receive in their official capacities to make money playing the stock market, and the story implicated several members, including the two latest House Speakers, had taken advantage of that loophole.

Walz’s STOCK Act — which stands for Stop Trading on Congressional Knowledge — restricts those privileges. By Thursday morning, it had gained 37 new co-sponsors, a Senate companion, and an endorsement of sorts from a Republican presidential candidate. 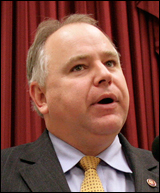 The STOCK Act makes trading on non-public information illegal for members of Congress and requires them to report any stock transactions worth more than $1,000. A version of the bill has been introduced every session since 2004, but it’s never gained the type of buzz it has now.

Walz said he’s been heartened by the reaction to the bill, and the underlying issue, from both sides of the aisle.

“I think my colleagues have seen the light on this,” Walz said Wednesday. “If the American public believes the potential is there [for us to cheat the system], it undermines our ability to do our real job, which is to create jobs, which is to be thoughtful about how we defend our nation and grow the economy.”

Walz’s bill is by no means guaranteed passage just because it has 46 co-sponsors (including Minnesota’s three other Democratic House members). But for now, it’s at the heart of the most talked-about issues on Capitol Hill this side of the deficit super committee.

House Majority Leader Eric Cantor was asked about the legislation Monday. He said he didn’t know the bill’s details, but he supported “increased disclosure” from lawmakers. 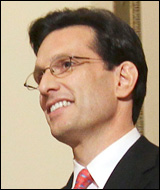 If there is any sense of impropriety or any appearance of that, we should take extra steps to make sure the public’s cynicism is addressed,” he said.

In the Senate, Massachusetts Republican Scott Brown introduced his own version of the STOCK Act on Tuesday. Democrat Kirsten Gillibrand also introduced a separate similar measure.

And while Texas Gov. Rick Perry, a presidential candidate, didn’t endorse Walz’s bill, he called for similar legislation as part of a government reform platform he introduced this week.

“Any congressman or senator that uses their insider knowledge to profit on the stock market ought to be sent to jail, period,” Perry said in a web video. “And Congress ought to pass a law that says so right now.”

For his part, Walz said he’ll continue to ask lawmakers and congressional leadership to support the legislation even after the “60 Minutes” chatter dies down.

“I think there’s every reason to believe the American public wants this to pass,” he said. “If the system works — and it does, still — we can do that.”