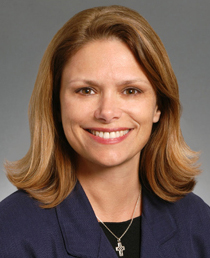 WASHINGTON — First quarter fundraising numbers for congressional candidates are in, so let’s take our traditional look at how each incumbent and candidate fared.

A couple of takeaways from the first three months of 2012:

Klobuchar has raised in the neighborhood of $1 million each quarter since the beginning of last year and has assembled a war chest that dwarfs her opponents. By most counts, Klobuchar is popular among voters and seen as a safe incumbent come November, and the fundraising advantage she has over her would-be challengers is going to be a tough for the eventual Republican candidate to overcome.

On the Republican side, both Hegseth and Bills entered the race in March and got underway fundraising immediately. Hegseth’s $160,000 figure is more than all Republicans in the race had previously raised, combined. Bills received an endorsement from presidential candidate Ron Paul, who emailed his donor list on March 30 soliciting donations for Bills, two days before the end of the fundraising quarter. Paul supporters are notoriously small-dollar donors who contribute online, so it’s likely they helped (and will continue to help) boast Bills’s numbers.

Nationally, Republicans had hoped to make the 1st District race competitive, and Parry, a state senator, was seen as a candidate who could pose a significant challenge to Walz. But Parry’s fundraising ability has disappointed — he raised half has much over the last three months as he did in the first two months of his campaign — while Walz has quietly built up a sizable cash advantage over his two Republican opponents. He has raised more than $1.2 million this cycle and has $708,000 on hand.

Quist, meanwhile, doubled up Parry this quarter. His campaign is still $25,000 in debt.

The 1st District Republican endorsing convention is this weekend.

Paulsen has the fattest pockets of any House incumbent from Minnesota, and he’s raised more than $300,000 for the fifth straight quarter. He has a nearly 42-to-1 cash-on-hand advantage over newly endorsed challenger Brian Barnes.

Betty McCollum has raised less money than any Minnesota House incumbent this cycle and has the second-lowest cash-on-hand total, but she’s in a safe Democratic district and won’t need to worry about significant Republican opposition.

Like McCollum, Ellison’s district is strongly Democratic and he isn’t too concerned with turning in gaudy fundraising figures.

Bachmann formally launched her congressional re-election campaign in February and returned to her place as the undisputed top fundraiser among the House delegation. Bachmann’s $570,000 came in only two months, and it’s still the most raised among her colleagues last quarter.

Bachmann, of course, is a historically strong fundraiser, raising a record $12.3 million in her re-election bid two years ago.

Graves, Bachmann’s DFL challenger, loaned his campaign $100,000 to get off the ground.

(Bachmann’s presidential campaign, meanwhile, raised $25,500 between the end of January and March. She has $250,000 on hand and remains more than $1 million in debt.)

Byberg is taking his second shot at Peterson, who opens up the general election campaign with an 8-to-1 cash-on-hand advantage.

Both Anderson and Nolan turned in their best fundraising performances of the cycle, but they are sitting in Clark’s shadow right now. The three candidates will face off in an August primary.

The Clark campaign says it received 5,000 donations last quarter, including those from 3,100 new donors. Two national Democratic groups helped her on her way: EMILY’s List bundled $82,000 in contributions for Clark, and the ActBlue PAC brought in another $91,000. Clark is never going to raise as much money this cycle as she did in 2010 running against Bachmann, but if this quarter is any indication, she can still count on national dollars if she wins the DFL primary.

For Cravaack’s part, he’s raised nearly $1 million and has a $200,000 cash-on-hand advantage over Clark. The 1st quarter was the best of his campaign.