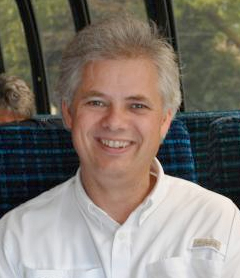 WASHINGTON — The easy part is over for Lee Byberg, who secured the Republican Party’s endorsement last weekend to challenge Democratic Rep. Collin Peterson for a second straight time.

In 2010, a historically good year for Republicans nationally, Peterson beat Byberg by more than 17 points in a district that leans to the right. His advisers are planning a different outcome this fall.

“There’s an external sense that it can be done,” Byberg spokesman David Strom said. “We’re acquiring the resources that will be necessary to do it and we’ve got a guy who has been around the block.”

Byberg is running on a platform of fiscal conservatism — he would have voted to repeal President Obama’s health care reform law and is “in line with the basic principles” of the Republican budget plan the House approved last week, Strom said. He’d like to work on agriculture policy if elected, like Peterson does now — but Byberg says the 11-term incumbent has lost touch with what farmers in the district want and need.

Nationally, Republicans want to defeat Peterson and conservatives in and out of the district insist its demographics make that possible. Strom said Byberg has proven both an effective fundraiser and coalition-builder and that he’s learned his lessons from the thumping he received two years ago.

Byberg’s not entirely off base in his assessment. Through December, he’d raised more money than all but one congressional challenger in Minnesota so far this cycle, and he has an organization of supporters that was strong enough to secure his party’s endorsement on the first ballot at convention. Though it’s no secret in Republican circles that many would have preferred state Sen. Gretchen Hoffman win the party’s endorsement in the race, the National Republican Congressional Committee wants to make the race competitive either way, and just finished running a week’s worth of ads against Peterson.

The NRCC liked Byberg enough to name him to its “Young Gun” program in 2010, presenting him to national donors as a trustworthy candidate in what it viewed as a potentially competitive race. He hasn’t been named to the 2012 iteration of the program, and if Byberg’s ugly loss drove away any potential supporters nationally, Strom said the campaign will try to redeem itself.

“We have every intention of proving to the donor community, to supporters and to the people of Washington that we’ve got a good operation,” he said. “If we can’t show the organization, the fundraising and the propensity to take [Peterson] out, then we won’t have earned their support.”

Peterson a different type of candidate

As bad as Byberg’s 2010 loss was, it was actually the first time a Republican has broken 30 percent against Peterson since 2004, and his tiniest margin of victory since 1994.

For his part, Peterson attributes that to poor Democratic turnout — he lost about 94,000 votes between 2008 (a presidential election year) and 2010, while Byberg gained only about 3,600 votes. He promised a similar a drop-off wont happen this year.

Generally, the 7th District leans Republican — John McCain won it with 50 percent of the vote in 2008; George W. Bush won it 55-43 in 2004 — but it’s pleased with Peterson. Much of that can be attributed to his position as the top Democrat on the House Agriculture Committee, but he’s also famously moderate, a member of the Blue Dog Coalition, a dwindling group of centrist Democrats known for their fiscal responsibility. As badly as the district’s demographics should be for Peterson, he’s always managed to come out ahead, and by sizable margins.

“I’m sent to Washington to represent my people and bring their point of view into the debates and that’s what I do,” Peterson said. “I look at things based on what I think is right for my district and what a majority of people in my district would think is the right thing to do and I think that translates into electoral support.”

Strom said Byberg’s plan is to give voters a steady dose of the message he used in 2010 and the one employed by the NRCC last week — that Peterson has drifted to the left over his two decades in Congress.

“Collin Peterson likes to talk about how he’s a voice for fiscal conservatism, he likes to talk about how he’s an independent voice in Washington, D.C., for the 7th District, but he’s been there for almost a quarter of a century. I think most people in the 7th District think that during that time we’ve moved in the wrong direction,” Strom said. “When push comes to shove, Collin Peterson votes with Obama and Nancy Pelosi the vast majority of the time.”

Most ratings say Peterson votes with his party around 56 percent of the time, and he’s quick to rattle off the major areas where he’s broken with his party, primarily the 2009 stimulus, the bank bailout and the Affordable Care Act.

“I think it’s a stretch,” he said. “I’ve been around a long time and people know better than that.”

Looking for a strong Republican

Peterson’s success also lies in the relatively unknown candidates Republicans pick to run against him. Byberg has never held elected office; neither did Peterson’s 2008 opponent, Glen Menze, or Republican Michael Barrett in 2006. The last Peterson challenger to hold any political office at all was David Sturrock in 2004. He was a city councilman in Marshall.

That’s why Hoffman, a state Senator, had so much promise — but even then, analysts say Republicans may have missed their chance by not fielding a stronger challenger in 2010, the biggest Republican wave year since 1994.

“Republicans are hoping that a credible candidate is all they need to put this seat in their column,” said David Wasserman, the House editor at the Cook Political Report. “Rematch campaigns are not typically successful unless there has been a [favorable] underlying shift in the political climate. [Byberg’s] not going to get that.”

Republicans have a 5-point edge in the district, but the Cook Political Report declares the district a likely Democratic hold come November. Roll Call says the same — and noted last month that Republicans saw Hoffman as the best equipped to take him on:

National Republicans say the difference this year is in their recruiting. They are touting state Sen. Gretchen Hoffman, calling her “the best challenger we’ve had to date.”

But Peterson is prepared, and it is hard to see how he could fare worse than he did in a dreadful Democratic year such as 2010.

But Byberg is unfazed. Strom insists he has the organization, the experience and the means to pull an upset come Nov. 6.

He offered up a bold prediction: “We’re going to take it. Lee Byberg will be the next congressman from the 7th District.”

Lee Byberg gears up to take his second shot at Peterson