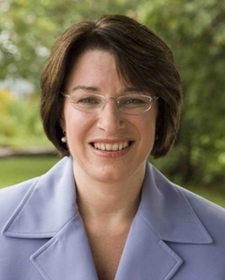 WASHINGTON — A bill meant to provide funding for the Food and Drug Administration has become a major vehicle for medical technology industry supporters looking to reform the way the agency approves devices, an effort lead by two lawmakers from Minnesota.

By virtue of their roles as co-chairs of two medical device caucuses, it’s a big moment for Minnesota Sen. Amy Klobuchar and Rep. Erik Paulsen. The pair have teamed up on medical device issues in the past and have seen some of their initiatives lumped into the final FDA bills.

The FDA reform bill is a “must-pass” piece of legislation: it levies fees on medical device manufacturers that fund the FDA, and Congress needs to reauthorize those fees before the end of September. That created an opening for the device industry and their congressional boosters to make progress on their priorities even as partisanship has shut down so much of Capitol Hill.

There are two versions of the FDA bill right now (one each in the House and Senate) and both have support from the two parties and, by and large, the medical device industry. Lawmakers have also incorporated provisions introduced by Klobuchar and Paulsen into the bills, primarily those meant to speed up the way the FDA regulates and approves medical devices for use:

A March Government Accountability Office report found the FDA taking up to 61 percent longer to approve moderate-risk devices than it did in 2005. Such a slowdown has hurt both patients, who need the devices, and device companies, who industry supporters warn are moving jobs overseas where the regulatory conditions are easier.

Minnesota’s medical devices industry is some 400 companies and 35,000 employees strong, so Minnesota lawmakers, often lead by Klobuchar and Paulsen, have pushed the FDA to speed up the approval process.

“We’re really trying to, in this bill in general, encourage more discussions on the front end between the regulators and the industry so they can figure out exactly what they’re going to need to make a decision,” Klobuchar said.

For its part, the device industry is cautiously optimistic that the measures will actually have an impact on the device-approval process. AdvaMed, a national medical technology lobbying shop, wrote a letter to the Senate last week urging passage of the legislation, and the St. Louis Park-based trade association LifeScience Alley is “vigorously advocating for these packages getting passed,” said Shaye Mandle,vice president for government affairs.

Paulsen device-tax bill to get a vote

Meanwhile, House Republicans plan to take up Paulsen’s signature piece of a legislation after their Memorial Day recess, a bill to eliminate a 2.3 percent tax hike on device manufacturers’ revenue. The tax will go into effect next year, bringing in more than $20 billion over 10 years to fund parts of President Obama’s health care reform law. 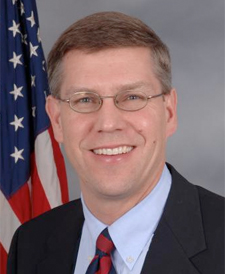 Opponents of the tax — a group consisting of most Republicans and many industry groups — say it would result lost jobs (up to 43,000) and vanishing wages ($3.5 billion nationwide), though liberal economists have disputed those figures.

“This really is a tax on medical innovation, nothing more,” Paulsen said.

Paulsen introduced his bill in January 2011. It has 238 co-sponsors and is set for a House Ways and Means committee mark-up soon, with a full House vote scheduled during the first week of June, according to a spokeswoman for Majority Leader Eric Cantor.

The House Republican caucus unanimously supports the measure, but Democrats are slow to sign on — fewer than a dozen have co-sponsored the bill in the House and none have done so in the Senate. The White House has not explicitly come out against the bill and declined comment on it Monday, and Ways and Means Democrats have yet to signal how they’ll vote. Paulsen said he hopes the bill will find bipartisan support, but he worries Republicans will fail to win the backing of some “Democratic senators that are so emboldened to protect even what they know are the wrong, failed aspects of the health care law.”

Klobuchar has not signed on to the Senate version of the bill, but said she does support “reducing or eliminating that fee.” She noted that she worked to oppose an even higher tax, especially during the initial congressional negotiations over the Affordable Care Act in 2009.

“I don’t think you should be penalizing an industry that is so important to our country,” she said.

Sen. Al Franken, meanwhile, said he was “open to considering proposals that eliminate the tax, but any plan to do so must be fiscally sound and must not add to the deficit.”

But industry leaders are pessimistic that the bill will gain traction.

“I think the industry would be incredibly surprised if that were to happen,” Mandle said. “There aren’t votes in the Senate for repeal today.”

Of course, if the Supreme Court scraps the entirety of the Affordable Care Act, there will be no medical device tax to do away with. And if Republicans sweep November’s elections, they could end the tax next year over any and all objections from Democrats and Obama. Mandle said the medical device industry is preparing different ways to lobby Congress depending on the scenario.

As it is, Paulsen said the progress he’s seen in the device sector has been promising, relative to the gridlock that has come to characterize Washington.

“The way that I keep my sanity is by making progress on some real issues that affect Minnesota in particular, and the med tech industry is one of the best Minnesota and American success stories,” he said. “So it would be a huge success if we could pass both of these measures and see it happen.”