WASHINGTON — For veterans of El Tinklenberg’s failed 2008 challenge to Rep. Michele Bachmann, last week’s controversy over her calls for an investigation into the reach of the Muslim Brotherhood had to have a vaguely familiar feeling.

For as politically savvy as she is, Bachmann is not unfamiliar with playing fast and loose with her facts, but only once before have her controversial remarks truly threatened her electoral chances in Minnesota. In 2008, when she told MSNBC’s Chris Matthews that members of Congress should be investigated for “anti-American” sentiments, it drew waves of money and publicity to her Democratic opponent, Tinklenberg, who would finish just 3 points behind Bachmann that November.

Now, former Tinklenberg compatriots say her calls for a Muslim Brotherhood investigation could be just the type of thing to tighten what most commentators had considered — and still consider — a less-than competitive race. While no one expects the issue to be a driving factor behind the results on Nov. 6, they say the key for her challenger, Jim Graves, is to use it to paint a picture of a congresswoman out of step with her district, and keep it rattling around in people’s heads come fall, when voters are paying more attention to politics.

“It’s fodder for Graves to use in the campaign to try and get her negatives high, and he should,” Tinklenberg’s former spokesman, John Wodele, said. “But, you know, it’s July 20 and I’m on my way up to the lake and so is every other Minnesotan. People just aren’t paying that much attention.”

Wodele is, of course, right: this race is not going to be decided by a week-long controversy during the doldrums of summer. But Graves said Bachmann’s Muslim Brotherhood flap is certain to play into one of his campaign’s overriding messages: that Bachmann’s years in D.C. have turned her into a celebrity, and she’s more interested in nurturing that image than working on behalf of the 6th District.

“It brings out her weakness, which is making flippant comments that are inflammatory and baseless,” Graves said in an interview. “I think it’s going to have an impact from the perspective that it reinforces all those things.”

Like Tinklenberg, though, Bachmann’s being in the news for less-than favorable reasons has a more quantitative effect: Graves said the campaign has seen a spike in fundraising and web traffic within the last week, though he didn’t give specific numbers.

The campaign is doing web advertising off the controversy and Graves penned a Huffington Post op-ed on the subject this week. The Graves campaign has already circulated an internal poll showing a tight race, and he predicted the controversy has soured some undecided voters toward Bachmann.

Bachmann’s campaign didn’t respond to a request for comment.

Whether the flap has done enough damage for Graves to make a serious impact depends on how well he uses it going forward, Wodele said.

He doubts the campaign is going to get the traction out of this that Tinklenberg did in 2008, mostly for timing reasons. Bachmann’s MSNBC appearance came in October, just weeks before Election Day when the electorate was paying acute attention to politics. At the time, Bachmann’s national profile was comparatively low, but as her remarks went viral, Democrats rallied around her opponent, late in the game, to try and knock her out of her seat.

Now, with Minnesota airwaves quiet of political advertising and campaigns more interested in stockpiling for the fall than engaging their opponents, there just isn’t the opportunity for Graves to use the controversy to make the case against Bachmann.

“I think it will be difficult but not impossible for the Graves campaign to be able take the kind of advantage that the Tinklenberg campaign did,” Wodele said. “It’s not comparable, because of timing. Timing is everything in politics.”

But Anna Richey, Tinklenberg’s campaign manager, said the timing makes it even more important for Graves to strike now, before the Muslim Brotherhood spat falls out of voters’ memory. She said she’d go on the air with ads right now and stay there until Election Day (assuming Graves pours more of his personal wealth into the campaign), appealing to national groups like the Democratic Congressional Campaign Committee to put the race on their radar.

“[The DCCC wants] to pick districts where there’s a possibly for a pick-up, but we have to take a stance against the absolute antithesis to our party values,” Richey said. “They’ve given her opportunities over and over again by coming in too late and too small.”

To be sure, Bachmann still has the advantage in this race. The 6th Congressional District is still solidly Republican, and an uphill battle for any candidate with a “D” after his name. In fact, after redistricting lopped off the eastern suburbs of St. Paul and extended the district further into the opulent western metro, it’s become more of a Republican base, and holds a Partisan Voter Index rating of R+8.

Bachmann has a massive fundraising lead over Graves ($1.7 million to $404,000) and can raise more by snapping her fingers. The Muslim Brotherhood accusations — and, more potently, the blowback from the media and the political establishment — will help rally Bachmann’s base around her.

The Cook Political Report lists the district as lean Republican in November, and its House editor, David Wasserman, said Bachmann still has edge over Graves, but warned:

“The more she dabbles toward Joe McCarthy, the more we’re starting to pay attention,” Wasserman said. “Most voters have made up their minds about Michele Bachmann, but voters have shown a willingness in the past to vote against her.” 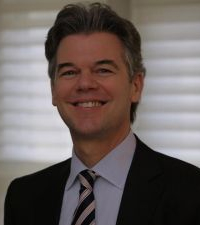 Graves said his campaign has advantages Tinklenberg’s didn’t have: he’ll be running down-ticket from popular U.S. Senate incumbent Amy Klobuchar, and, more importantly, there is no Independence Party candidate in the race.

(State Sen. Tarryl Clark, who challenged Bachmann in 2010, faced much stronger headwinds than Tinklenberg, by way of the historic Republican wave that would come to define that election.)

Independent candidate Bob Anderson took 10 percent of the vote in 2008, despite the IP’s endorsement of Tinklenberg. With no independent on the ballot this year, both Graves and the IP’s chairman see an opening for a Democrat with a self-professed moderate streak — as long as the district’s voters have had enough of Bachmann.

Graves has something else Tinklenberg and Clark (and any Bachmann opponent, really) didn’t: the admonishment of her peers in the Republican Party. Within the last week, party patriarchs like John McCain and John Boehner condemned Bachmann’s Muslim Brotherhood comments. Former presidential campaign advisers followed suit, as did the top Republican on the Select Committee for Intelligence, on which Bachmann sits. The task for Graves is to makw the criticism seem worthwhile to voters, while managing to focus on the bigger, more pertinent issues facing the country this fall, namely the economy.

“I think it’s dangerous for Mr. Graves. You don’t want to focus on this because it isn’t what the election should be about. At the same time you don’t want to completely ignore it,” Jenkins said. “I think it’s a big deal that she’s more engaged with the extremist wing of her party and not the voters in her district.”

After Muslim Brotherhood controversy, Democrats see an opening against Bachmann