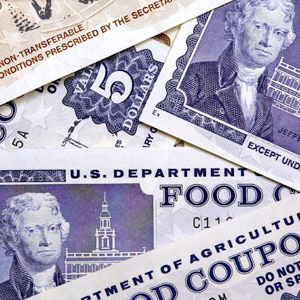 WASHINGTON — Congress’ “farm bill” is so named because it sets federal farm policy and spending levels, even though 80 percent of the bill’s cost lies in the federal food stamps program.

During a House committee mark-up of the farm bill Wednesday, that was the section that drew the most vigorous debate. The bill, co-authored by Minnesota Democrat Rep. Collin Peterson and eventually approved by the House Agriculture Committee, cuts $16.5 billion from the federal food stamps program over the next 10 years, though Minnesota officials can’t yet say what effect such a cut would have on the state’s 500,000 food stamp recipients.

Peterson said any final farm bill would not have such a deep cut for food stamps, formally called the Supplemental Nutrition Assistance Program, but the proposal still drew consternation from liberal members on Wednesday, threatening to derail the bipartisan nature of what has historically been one of the most broadly agreeable bills Congress considers.

“The cuts in SNAP make it, for me, a bill that I can’t support unless it’s changed,” Rep. Jim McGovern (D-Mass.) said during the committee meeting, a day after several liberal members rallied against the proposed food stamp cuts. “These cuts, in my opinion, are misguided and they are hurtful.”

The House bill saves the federal government $35 billion over the next 10 years, greater savings than those in the Senate-passed bill, thanks to the deeper cuts to the food stamps program. The Congressional Budget Office says such cuts will leave 1.8 million food stamp beneficiaries ineligible, though the Obama administration and advocacy groups put that number in the 2 million to 3 million range.

Minnesota Department of Human Services Commissioner Lucinda Jesson said Minnesotans would certainly be included in those ranks, but DHS isn’t quite sure how many at this point.

Nevertheless, “it would be a huge step backward” for the state, she said, given the way lawmakers have worked to expand food stamp eligibility since the economic downturn in 2008.

The brunt of the House bill’s savings come from ending a program called “categorical eligibility,” which allows states to deem individuals who qualify for state welfare programs also eligible for food stamps. Forty states use the option, and in some cases, including Minnesota’s, categorical eligibility increases the income level at which individuals are able to receive food stamps.

In 2010, the Minnesota Legislature expanded the state’s food stamp eligibility limits, opening the program up to anyone making less than 165 percent of the federal poverty level (or $38,032.50 for a family of four) and removing a required review of an individual’s assets (such as a savings account). The House’s bill would revert that standard to 130 percent of the poverty level and reinstate the asset test.

Jesson said such a move would hurt seniors (who have low enough incomes to qualify for food stamps but savings accounts potentially too large to pass the asset test) and low-income working families (where a family’s income may qualify them for food stamps, but an asset like a car could cause ineligibility).

Food stamp usage has grown dramatically since the recession began in 2008: more than 45 million people receive food stamps in 2011, up 70 percent from 2007, and spending on the program ($72 billion in 2011) more than doubled over that time, according to the Congressional Budget Office. During that same time, the number of Minnesotans on food stamps nearly doubled: from 289,000 in December 2007 to nearly 540,000 this April.

Jesson said part of that is due to the eligibility changes from the Legislature; but more broadly, “part of the reason we had this big increase was because people were hurting” due to the recession, which CBO identifies as a major driver of food stamp increases.

U.S. Rep. Frank Lucas, the Republican chairman of the House Agriculture Committee, said the House’s proposed food stamp cuts are meant to “better target the program and improve its integrity so that families most in need can continue to receive” benefits. It does that by limiting eligibility only to people who qualify for two federal assistance programs and state counterparts.

To a certain extent, the bill defines what is and isn’t a state benefits program.

“Some of these benefits can be as simple as providing a household with a pamphlet or access to a 1-800 number hotline,” Lucas said Wednesday. Under the current system, those people are eligible for food stamps regardless of their income level. That would end under the House bill.

Finding a balance for right and left

Peterson, the top Democrat on the committee, said the cuts’ primary purpose was to invite Republican support for the bill and that any final food stamp cut would eventually be negotiated with the Senate.

“The bottom line is, we need to move this legislation and I understand that these cuts are what’s needed in order to get the farm bill through committee and to the House floor,” he said.

The Agriculture Committee prides itself on its bipartisanship, but it will need to thread a needle to pass the bill through the Republican-controlled House. If conservatives demand deeper cuts to food stamps, it could sink the bill on the floor; if liberals demand fewer cuts and vote against the bill in turn, it could ruin the legislation’s status as a rare bipartisan victory on Capitol Hill (the Senate passed its bill, with its only $4.5 billion in SNAP cuts, 64-35, with only 5 Democratic “no’s”).

Peterson is hoping to forge a compromise between the House and Senate, backing a federal eligibility plan that would provide food stamps for those making less than 140 percent of the poverty level with fewer than $5,000 in assets.

“It levels it out for the whole country, everybody is treated the same,” he said. “It brings in working people into the system which is what I think people want to do.”

But, “it’s probably too sensible of an idea to work in Washington.”

The Agriculture Committee beat back a handful of amendments Wednesday to both expand and shrink the food stamps cut.

First, McGovern introduced an amendment to restore all food stamp funding. Then, the committee defeated a proposal to replace the House’s cuts with those in the Senate bill.

Later, the committee voted down a proposal by a Tea Party-aligned Republican that would have more than doubled the food stamps cut. A proposal to cut funding by an additional $9 billion also failed.

Minnesota Democrat Rep. Tim Walz, a member of the Agriculture Committee, said he’d vote for the bill, and its corresponding food stamp cuts, if it came to the House floor in its current form. But given the early opposition from more liberal Democrats on the committee, Peterson said there’s no guarantee final House passage will be as bipartisan as he might have hoped.

“We’re holding together so far,” he said. “It could be a problem on the floor, but that’s another issue we’ll have to deal with when we get to the floor.

“If we ever get to the floor.”