WASHINGTON — Only a few high-level congressional leaders are involved in negotiations with the White House over an end-of-the-year deal to prevent the so-called “fiscal cliff.”

That leaves hundreds of lawmakers sitting on Capitol Hill holding out for an agreement palatable to their ideologies — and trying as hard as they can to influence the behind-the-scenes deficit reduction debates that are dominating the lame duck session of Congress.

MinnPost sat down with almost every member of the Minnesota congressional delegation last week to find out what they hope to see in a final fiscal cliff deal. Tomorrow, we’ll talk to the state’s Republicans, but today, here are the delegation’s Democrats, and excerpts of their thoughts on entitlement spending, taxation policy, and whether it would actually be such a bad thing to “go over” the fiscal cliff.

Much of the current debate about the fiscal cliff has focused on increasing taxes, but Republicans say a second component has to be entitlement reform — a topic that has Democrats divided between liberals (like Keith Ellison and Al Franken), who are resistant, in varying degrees, to the cuts and those (like Tim Walz and Collin Peterson) willing to cut a deal.

Rep. Keith Ellison: What I’m opposed to is requiring the most vulnerable people in our community — seniors, the aged, people who are sick and really can’t work — I don’t think they should have to pay for the fiscal problems of our society. They didn’t cause them, and they shouldn’t have to bear the brunt. No, I’m not going to ask families who depend upon Medicaid to send their family member into a nursing home, or worse, so that somebody else can preserve their tax cut.

Sen. Al Franken: I would say Social Security is off the table in terms of deficit talks because Social Security is not contributing to the deficits. … I would say that we expanded the solvency of Medicare by eight years [through the Affordable Care Act] and in addition to that we increased benefits to people on Medicare. … I’m really saying, we’ve done it, we did it, it wasn’t sort of acknowledged and I’d like it to be acknowledged that we did it.

Sen. Amy Klobuchar: I would envision [Social Security] to run on a separate track … but I haven’t heard many people say that any reforms would do anything except money that would go back into Social Security to keep it solvent. … My prediction, again, is that [Medicare] would be part of a more comprehensive agreement that could be into next year. The most important thing is that everyone should be taking this opportunity to lay their plans out on the table before drawing lines in the sand. 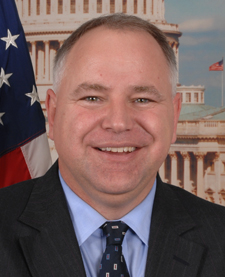 Rep. Tim Walz: But I do think [entitlement spending] needs to be a big component of it. I think the president, obviously, has set out a bigger revenue component than this, and we’ll reach somewhere in there, but I’m still convinced with the “go big” approach, and now there is leverage there to do it.

There does seem to be one entitlement reform most Democrats can agree on:

Ellison: One reform I would accept is to allow Medicare Part D to negotiate for drug prices like the VA does now.

Klobuchar: Negotiation of prices under Medicare Part D is something that would be really important to include here that hasn’t been talked about.

Walz: When I said entitlement reforms, too, I think we need to look at letting Medicare negotiate. That’s $240 billion over 10 years. That’s one of the biggest savings you can get. It’s double what you could get out of raising the retirement age.

In terms of other spending cuts, the lawmakers have a litany of potential targets, though defense is at the top of the list.

Klobuchar: Our own military commanders have suggested some of the things that can be done, like the F-22 Raptor program, the F-35 Alternate Engine Program. … There are cuts to me made here, and we can do it without doing it on the backs of the middle class.

I think the other thing most people don’t talk about is the farm bill. That’s a $23 billion reduction over the last farm bill over 10 years [in the Senate version].

Peterson: There is some talk about [the farm bill], but I’m not sure it’s going to be enough money that anybody really cares enough about it.

The Democrats present a united front on taxes — every Democrat in the Minnesota delegation supports Obama’s plan to let the Bush-era tax cuts lapse on income over $250,000.

Walz: I certainly always believe in a progressive tax code. That you’re going to pay a little bit more at the top, for one thing is, not just because you have the ability, but in many cases you benefit more from it. 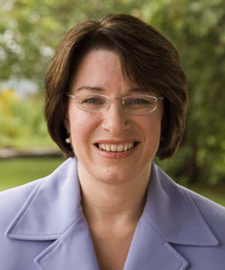 Ellison: The reality is, is that we’ve seen three decades of this country thinking that if we cut taxes for the richest people, then they would use the extra money to invest [in the economy]. This has never worked. It’s time to stop that.

Peterson: I’m not against it, but that may not be enough. I don’t know that you get there by only raising rates on the wealthy.

Klobuchar: I personally believe the focus at the end of the year will be: How we do the cuts … and the second part is those Bush tax cuts.

They’re also looking to find savings in the tax code, should Republicans open the door to more revenue through tax reform.

Ellison: I think if we want to make sure that retailers like Best Buy can stay competitive, we might want to look at some kind of online sales tax. … [And a] financial transaction tax … $50 on $10,000 worth of stock trades.

Franken: I could see, again, doing stuff on dividends, on capital gains. You saw [Mitt] Romney make $20-some million last year and paid 14 percent on it. I think something like the Buffett Rule, where if you make over $1 million you have to pay a certain percentage of your net income in taxes.

Klobuchar: One example would be the oil subsidy, which is $40 billion over 10 years. … I’ve talked about how you can cap the home mortgage deduction at a $500,000 value on a home.

A small group of liberal lawmakers told Politico that Democrats might gain leverage over tax-resistant Republicans by going “over the cliff” if no deal is reached this year. That feeling is, largely, not shared by members of the Minnesota delegation.

Walz: I don’t take a “my way or the highway” approach to this. I understand there’s tough decisions for my Republican colleagues to make here. I understand that they have philosophical ideas, but I think it’s also important to understand that the checks and balances of divided government can be healthy. I kind of think the “let’s take us over the edge” approach is what my Republican friends did during the debt ceiling debate. I disagreed then, and I disagree now.

Franken: I would prefer that we give some kind of certainty to people and to the markets. That’s why I pushed to, and why we passed in the Senate, the extension of the Bush tax cuts on the first $250,000. So let’s take care of that, let’s make sure that we’re not going to have a fiscal cliff.

Klobuchar: I think we’d like to avoid that. I think the American people spoke loud and clear: They want us to come together toward a solution that balances cuts and revenues.

Peterson: I’m concerned about that because of the effect it would have on the markets. I don’t think we should be promoting that. … This is going to come down to whether Boehner and Obama can make a deal that they can sell. That’s the bottom line.