WASHINGTON — An interesting thing happened in the U.S. Senate Monday night: Twenty-one Republicans voted for a bill that could lead to consumers paying new taxes.

The Senate passed what’s called the Marketplace Fairness Act, a bill that would allow states to require companies that sell goods online to collect sales tax for the first time. Sixty-nine senators voted for the bill, including the 21 Republicans. A House bill has 65 co-sponsors, 24 Republicans among them (though none of the three from Minnesota have signed on, and spokesmen for each of them did not return requests for comment last week).

For Republicans, the political calculus on the Marketplace Fairness Act can be fairly complicated. In essence, the bill would see consumers paying more for purchases they make online, something that would, on its face, violate anti-tax increase pledges many conservatives have taken. But a large coalition of businesses has lined up to support the bill, saying it would diminish one of the competitive advantages enjoyed by the likes of Overstock and eBay but not Target and Best Buy: You pay sales tax when you shop at the latter, but not at the former.

“‘Level the playing field,’ it’s overused, but it’s exactly right,” Minnesota Retailers Association President Bruce Nustad said. “A sale is a sale, whether it occurs online or at a brick-and-mortar store.”

Under current law, states cannot compel online companies to collect sales tax unless they have a physical presence in that state. Technically, consumers are supposed to pay the taxes individually, but the system isn’t enforced, and no one ever does. That leads to tax-free shopping for consumers, lots of lost revenue for states (for Minnesota, nearly $400 million in 2011 alone, Sen. Al Franken said in an April speech), and, companies say, fewer sales for traditional physical retailers.

The legislation before the Senate would allow states to require online retailers to collect the tax, provided the retailer makes more than $1 million in sales a year and as long as the state creates a less complicated tax collection system for the sellers (something Minnesota and several others have done).

There are a lot of groups rooting for the bill’s passage, including big business. The main group lobbying for the bill lists 115 companies as supporters, including Amazon and Minnesota giants Target and Best Buy, whose government relations arm lists some version of an online sales tax as a top priority for 2013.

The bipartisan National Governor’s Association backs the bill, too, echoing the fairness refrain.

“If a company is doing business, selling goods and soliciting customers in their state, that company should have to play by that state’s rules,” the group wrote in an April letter. “If a state has a sales tax on specific goods, then everybody selling those goods there should have to collect and remit it.”

But the traditional cast of anti-tax zealots has fought against the bill, calling it an obvious attempt to increase taxes on consumers and a potential burden on the companies that would have to collect taxes for the first time. 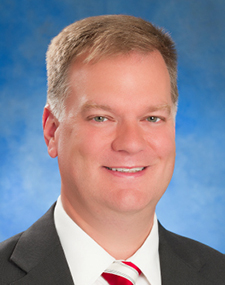 The biggest and most influential of those groups have all spoken out against the bill: Americans for Tax Reform, Americans for Prosperity, the Wall Street Journal editorial board, groups conservative Republicans have allied with for several years to oppose anything that could even be construed as a tax increase. Their legislative champion is New Hampshire Sen. Kelly Ayotte, who took to the Senate floor two weeks ago to recount stories from online firms worrying about the hassles of collecting a sales tax for the first time.

“It is truly shocking to think that people actually want to say this somehow is going to level the playing field or make it more fair, when it puts this great burden on businesses,” she said.

On the other side of the aisle, Democrats generally support the bill. Only five Democrats voted against the bill in the Senate, and 41, including Betty McCollum and Keith Ellison, co-sponsor the House version of the bill.

Both Minnesota Sens. Amy Klobuchar and Al Franken voted for the bill, and spoke on the floor for its passage.

“It’s something that will allow states to help their brick-and-mortar retailers, including the mom-and-pop shops on Main Street, stay competitive in a marketplace where online sales have become a fact of life,” Franken said in a speech right after Ayotte’s. “This legislation is a common-sense measure that brings our sales tax laws into the 21st century.”

With Senate passage, the question is whether House Republicans would be willing to accept online sales taxes as well.

The conference has ignored the wishes of big business in the past (business groups were early critics of debt limit brinksmanship in 2011, but that didn’t stop Congress from wasting three months arguing about when and how to raise the limit). And with conservative Republicans’ otherwise uncompromising anti-tax-increase voting record, it’s possible House leadership would have to look to Democrats to provide most of the aye votes needed to pass such a bill. That’s something Speaker John Boehner has grudgingly done a few times this year, though he’s warned it’s not likely to happen again.

And just less than half of Senate Republicans voted for the bill, so while it has bipartisan support, it’s not that broad among Republicans.

But supporters say to take this one step at a time, hoping Senate passage will pressure the House to the do the same. Still, Nustad of the Retailers Association said he isn’t expecting that to happen any time soon.

“I couldn’t even given you a percentage chance, but once the Senate passes it, it does put some momentum in place,” he said.