WASHINGTON — When DFLer Jim Graves announced his second challenge to U.S. Rep. Michele Bachmann, Democrats were so excited about the potential to unseat her that they sent Graves more than $100,000 in campaign donations in one week.

But Bachmann’s decision to retire from the House rather than seek a fifth term creates a bit of a quandary for Graves and Democrats in general. The party has used Bachmann as a sort of lightening rod to channel liberal fervor (and raise campaign cash), and they had hoped that 2014 would be the year they could take a reliably red seat from the Republicans. With Bachmann on the ballot in 2012, Graves came within 1.2 percent of winning; but with her off of it in 2014, the Republican margin could very well be wider.

“Having Michele Bachmann in the race is better than not having her in the race,” Minnesota DFL Chair Ken Martin said. “She probably was the best candidate for Jim Graves to run against.”

Bachmann’s problems with the 6th District electorate are well-established, but to review: The district is considered the most conservative in Minnesota. Mitt Romney won it by 15 points in 2012. The district sends 32 legislators to the State Capitol, and 30 of them are Republican.

The Twin Cities metro, in general, is friendly to its incumbent Republican congressmen. While Barack Obama was winning the 2nd and 3rd Districts (they were tight victories, but victories none the less), Republican Reps. John Kline and Erik Paulsen were re-elected relatively easily.

But not Bachmann. After a damaging presidential campaign, she won re-election, but by only 4,300 votes. It was easily the smallest margin of victory for a Minnesota congressional candidate, and internal Graves campaign polls showed a dead heat heading into their rematch.

Legal and ethical investigations into Bachmann’s presidential campaign further spotted her record, and Democrats were preparing to drop big cash behind Graves’ candidacy. Given all that, prognosticators still considered Bachmann a favorite for re-election in 2014, but only a slim one.

Without Bachmann as that lightening rod, they say Graves’ chances to claim the seat got weaker literally overnight. 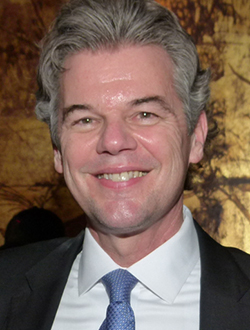 By Wednesday afternoon, analyst Kyle Kondik of the University of Virginia’s Center for Politics moved the 6th from the “lean Republican” column to the more secure “likely Republican” column. His reasoning was simple.

“Bachmann’s presence made the seat competitive, and I don’t think it’s all that competitive any more,” he said.

Kondik said a generic Republican will fare much better in the 6th than Bachmann ever did. He suggested Graves could consider running in a friendlier district if he’s really aching to get to Congress (there is no residency requirement for House members), though Graves said he’s committed to the 6th.

Graves said in an interview that he’s not too concerned about what facing a new Republican challenger will mean for his campaign’s viability. He noted there were always voters who would set out to vote for anyone but Bachmann, but said, “I look at it as doing the same thing that we did before, trying to get that message out, what we stand for, that business background, our skill set to bring people together and hopefully create opportunities for compromise.”

In some ways her exit helps Graves

In fact, he said Bachmann’s retirement could help him in a way, which is true. He seemingly has the Democratic establishment behind him at this point, and since the Republicans have to pick a candidate, Graves has time to quietly sit on the sidelines and raise cash while his would-be opponents battle back and forth. He’s run before and he should have high name recognition in the district, plus his internal polls (which, since they’re paid for by the candidate, should always been eyed cautiously) show him with high personal favorability numbers.

But the district itself remains Graves’ biggest problem. Only two House Democrats represent districts more conservative than Bachmann’s, said Dave Wasserman, the House editor for the Cook Political Report, which rates districts’ partisan leans. For Graves to win, he’ll need Republicans to endorse a candidate as controversial as Bachmann is right now, and hope that’s off-putting to voters.

“Without Bachmann, he’s going to go without the major reason why voters consider him in the first place,” Wasserman said. “If Republicans nominate a candidate in the mold of Erik Paulsen or John Kline, the race would instantly be over. … If Republicans nominate in a candidate in the mold of Michele Bachmann, it’s still a race worth keeping an eye on.”

There was a mad scramble today to compile a roster of potential Republican candidates in the 6th, and a national Republican strategist pitched an abbreviated list (from which one can strike a few names, including state Rep. Dave FitzSimmons, who has said he’s not interested in running).

Names to watch include a host of state lawmakers, including state Reps. Mary Kiffmeyer and Matt Dean, both of whom told MinnPost writer Cyndy Brucato that they’re considering runs. State Sen. Michelle Benson said she’ll look into running, but will have to consult with her family before making a final decision.

Former GOP Senate candidate Pete Hegseth also said he’d look into a campaign, though he would need to discuss it with his family.

Graves could face a tougher test with Bachmann off the ballot