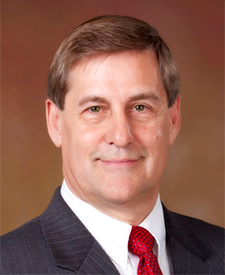 Phil Krinkie, the president of the conservative Taxpayers League of Minnesota, jumped into the race to replace Rep. Michele Bachmann in the 6th District over the weekend.

Krinkie has indicated his interest in running for the seat since Bachmann announced her retirement. The businessman and former state representative kicked off his campaign at the Sherburne County Fair in Elk River on Saturday.

The Pioneer Press caught up with him:

Krinkie, of Shoreview, owns St. Paul-based Snelling Co., a heating and air-conditioning business. He also serves on the Board of Trustees for the Minnesota State Colleges and Universities system. He served in the Legislature for 16 years, including roles on the Taxes, Government Finance and Capital Investment committees. During his tenure, he developed a reputation for steadfast opposition to expensive projects and government spending.

“Certainly, our country is headed down the wrong path, fiscally,” Krinkie said Saturday. “Just this week, the city of Detroit became the biggest city to file for bankruptcy. That’s the canary in the coal mine, and now the canary’s dead. I don’t have any obvious, easy solutions, but I have a passion for serving our state and our country. The easy thing to do would have been to continue running my business … and stay with the Taxpayers League. It was a difficult decision, since it is a commitment of time and resources, but I really want to hear what the people of the 6th Congressional District want to see from their representative.”

Krinkie has sought this seat before, losing the GOP endorsement to Bachmann back in 2006. He joins an already-crowded field of Republicans looking to replace her, including former gubernatorial candidate Tom Emmer, Anoka County Commissioner Rhonda Sivarajah and state Sen. John Pederson.