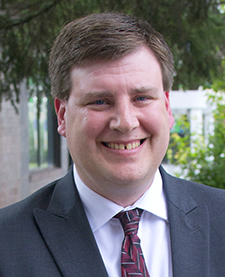 Democrat Mike Obermueller, in seeking a rematch with Republican U.S. Rep. John Kline, is fond of noting the fact that he held, for a term, a  state House seat that once belonged to Tim Pawlenty.

Now the way he won it — on his second attempt — is just as important, after Obermueller lost to Kline last year.

Democrats have said they see an opening in Kline’s 2nd District, which, after a round of redistricting, Obama won (though barely) in 2012. Obermueller lost his race by 8 points, but he said that bid should help set up a successful 2014 campaign.

“We knew coming into last year it might take two runs,” Obermueller said Thursday. “It takes time to have people who understand there’s a challenger out there and that he’s a good alternative to the current person, and then you have to make the next sell, too, that you actually should make a switch in your voting.”

The problem for Democrats is that Kline has both money and history on his side. In July, when Obermueller said he raised $130,000 during the second quarter quarter, Kline one-uped him by announcing his biggest fundraising haul ever, and that he had more than $1.1 million in the bank for his re-election bid.

More importantly, Kline has a long history in the 2nd, having served in Congress since 2003 and risen to a committee chairmanship while there. Republicans say he plays well in the district, even after it shed some of its reddest counties and picked up blue territory in South St. Paul last year.

On top of that, history tends to favor long-term incumbents. The University of Minnesota’s Smart Politics blog ran the numbers, and found a 90 percent re-election rate for six-term incumbents from Minnesota, like Kline. Since 1970, only one such member, Republican Rep. Gil Gutknecht, has lost, in the Democratic wave of 2006.

National political prognosticators consider Kline the favorite, thought not a slam-dunk. Minnesota Republicans are blunt about their expectations.

So how does Obermueller expect to win?

Redistricting has given him, and all Democrats, hopes for making the 2nd competitive. Not only did Obama win the district, but, as Politics in Minnesota notes, its residents voted down a GOP-led effort to enshrine a gay marriage ban in the Minnesota constitution, and Democrats’ performance in presidential elections had improved even before redistricting. The district now has a Partisan Voting Index of just R+2.

Obermueller said he’s starting his campaign earlier this year (he announced 18 months out from Election Day this cycle, as opposed to five months last year), which gives him the chance to raise more money and reach a moderate electorate. (Obermueller does have early competition for the DFL nomination, something Kline’s camp likes to needle him over, but Democrats expect him to secure it in the end.)

He’ll presumably have national campaign committees backing him (the House Majority PAC has already spent $50,000 in online ads against Kline, and the Democratic Congressional Campaign Committee has indicated it’ll look to target the race) and, with Michele Bachmann-Jim Graves off the card, the 2nd might attract most of the outside House money in Minnesota this cycle.

Obermueller said he’s been dismayed by lawmakers’ inability to set priorities, including the Democrats, so his message, so far is, set: a three-pronged plan to protect Social Security and Medicare, invest in education and find ways to grow middle-class jobs. (Some of the details need to be filled in, of course, but Obermueller predicts: “We’re going to get into the issues a bit more here than maybe you see in some of the other campaigns.”) He’ll look to paint himself as a pragmatist, and Kline as a reliable yes man for an increasingly conservative House Republican conference.

“It’s the contrast between what he’s doing and what I want to do that makes the difference here,” he said. “As people learn about that, they pick me. And I think that’s what it really comes down to.”

Republicans: ‘John Kline will be re-elected’

But why would that message be a winner now when it wasn’t in 2012, when Kline had a relatively comfortable 8-point victory despite Obermueller running against him in a post-redistricting presidential election with Barack Obama at the top of the ticket? Jungbauer called his 2012 victory “pristine,” and predicted: “This being a midterm election, John Kline will be re-elected.”

Obermueller said it’s just a matter of letting his message “sink in.” Which brings us back to state House district 38B. In 2006, he lost his first challenge to state Rep. Lynn Wardlow by 1 percent (about 160 votes). He claimed a 2.5 percent victory in 2008. He hopes his second-chance victory there will serve as a model for winning the 2nd District as a whole.

“When I won that seat in Eagan, it took me two tries, too,” he said. “With the benefit we have this year and the extra time, people are going to get to know me and that’s going to be helpful.”