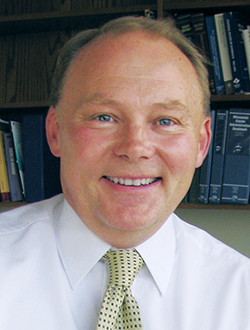 Dahlberg, said he’ll formally announce his candidacy toward the end of September, but his plans were pre-empted by a note from Hubbard Broadcasting CEO Stanley Hubbard, whose email to colleagues announcing his support of Dahlberg went public on Tuesday.

“I realize that I’m not well known outside of Northeastern Minnesota, so the only way to change that is to meet as many people as I can during the coming year,” Dahlberg said in a Wednesday statement. “I’m humbled that Mr. Hubbard likes what I stand for, and I intend to show all Minnesotans — regardless of political orientation — that I’ll bring a common-sense, balanced and fiscally conservative approach to representing them in Washington, D.C.”

Dahlberg told the Star Tribune Tuesday that “while I’m a limited government person, I, by no means, am a ‘no government’ person.” He represents Duluth as a St. Louis County Commissioner, the only Republican on the seven-member board.