WASHINGTON — Since President Obama said he’d ask Congress to authorize a military strike in Syria, one thing has been clear: Deciding to attack another country is proving a far more nuanced decision than so many others lawmakers make.

The traditional red-versus-blue division that has paralyzed Congress (and made predicting many votes’ outcomes so easy) is breaking down in front of a Syria resolution—at this point, lawmakers, from Minnesota and beyond, deciding to either back Obama’s attack plan or oppose it with little consideration of party label.

To be sure, most Republicans who have taken an early position a Syria attack resolution are opposing it, according to early, informal media whip counts. But House GOP leadership backs Obama’s plan, and they’ll bring a chunk of votes along with them. Meanwhile, Democrats seem split.

In other words, for once Congress is taking up something seemingly beyond partisanship.

When it comes to use-of-force bills, that hasn’t always been the case. University of Minnesota Humphrey School professor Brian Atwood said most times Congress is asked to authorize military force, one of two things have happened: Either lawmakers vote along party lines (most Democrats opposed resolutions authorizing George H.W. Bush’s Gulf War plans, for example) or they vote together to back military action (more than half of Senate Democrats backed President George W. Bush’s Iraq War authorization, though he had some international support backing him up).

Not only are lawmakers intermingling, but they’re doing it for a host of different reasons.

Take Minnesota’s congressional delegation. Republican Rep. Michele Bachmann opposes intervention in Syria because she sees no clear U.S. ally there. “President Obama has not demonstrated a vital American national security interest in the conflict in Syria or a clear strategy outlining what the use of force would accomplish,” she said Sunday.

But she’s supported American involvement in the Middle East before; her Syria ally, Democrat Rick Nolan, has long opposed any so-called “wars of choice.” 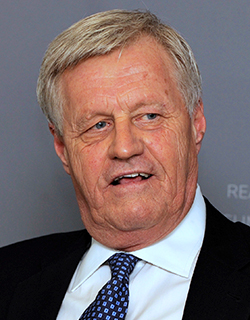 And, indeed, many Republicans will need some convincing. When Republicans split, it is usually along Tea Party vs. “the establishment” lines, but that’s not necessarily happening within the Minnesota delegation, yet. Those who have taken a stance on Syria so far tend to oppose it, Tea Party or not. Rep. Erik Paulsen, for example, sides with House leadership more often than not, but on Sunday he called Obama’s plan “too broad, too open-ended, too risky and does not identify a clear U.S. national interest for military engagement and putting U.S. troops in harm’s way.”

Democrats, meanwhile, are divided. Moderate Democratic Rep. Collin Peterson said Tuesday that he opposes intervention, saying in a statement: “I don’t see how U.S. military action will accomplish anything toward ending the turmoil over there or helping the people of Syria which is my main concern.” But Rep. Keith Ellison backs an armed response, and his fellow progressive Rep. Betty McCollum said there should be an “unequivocal response” to a chemical attack, though she held off on endorsing a resolution until she’s seen final language.

Statements from other delegations are just as checked, though most lawmakers are still undecided on a possible strike, according to the whip counting operation at CNN. And if lawmakers have vetted all the classified rational for a Syria strike and they’re still on the fence, they’ll have plenty of reasons to oppose one: Just 36 percent of Americans say they want to attack Syria, according to a poll from the Washington Post and ABC News.

Atwood, a former Assistant Secretary of State for Congressional Relations and a staffer for the senator who wrote the War Powers Act (the law cited by congressmen asking Obama to bring Syria to Congress), said the White House could win over congressional support if it gathers more international partners for a Syria mission. Doing so might help break up the collusion between the isolationist factions in the Tea Party wing and anti-war liberals.

Democrats have also complained about the breadth of Obama’s request, saying the resolution he submitted to Congress gives him too much power and is too open-ended. Democratic Sen. Al Franken, a supporter of a military strike, said there’s a consensus among lawmakers that the request is too broad, and a bipartisan group of senators released a new resolution Tuesday night (it calls for a maximum 90-day engagement in Syria, and it prohibits any ground troops from entering the conflict). In statements, Sen. Amy Klobuchar has been critical of Obama’s original request, though she yet to commit to voting either for or against a strike.

“There is no appetite from any Minnesotan, for going in, putting boots on the ground, there’s no appetite for an extended involvement,” Franken said before the new language was released. “This is limited, targeted strikes that send a message that you can’t use chemical weapons on men, women and children with impunity.”

From Minnesota and beyond, Syria vote divides lawmakers — but not like they’re used to