First of a series of first-person accounts relating to news events of 2013. 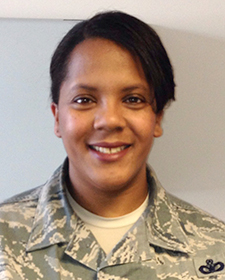 WASHINGTON — Between sequestration and a 16-day government shutdown, 2013 was a particularly difficult year for federal government workers. Minnesota has a smaller share of government employees than other states, but that doesn’t mean they didn’t feel the effects of sequestration’s furloughs or the uncertainty that came with October’s shutdown. Nicolette Shegstad, the manager of base education and training programs for the 934 Airlift Wing, was stung by both of them:

Over the summer I was subjected to six days of furloughs. We had to stay home, unpaid, for at least two days out of our normal 80-hour pay period, so my pay was cut by a little over $400 a week for three pay periods. Then, when the government shutdown happened in October, we were forced to go home for four days, and then we were called back after a week, under the Pay Our Military Act, and eventually we were retroactively paid for those days. But the stress that went along with that, not knowing if we were going to be paid and the strain financially on our households, morale was affected at work because of all the uncertainty.

[The shutdown] was a train wreck waiting to happen, because all the way up until the first of October, everybody was like, oh this isn’t going to happen, they’re not going to let this happen to us, it’s not going to happen, they’ll make a deal in the eleventh hour. And then the eleventh hour came and went and we came to work and were notified that we’d be sent home and got our shutdown notification letters. At that point it became real. As I was driving out of the gate to go home, it really hit me at that point that it happened.

[Sequestration], I’m still feeling the effects because I have a five-member household. My husband retired from the military and he’s been unemployed for about 14 months, so I’m the primary income in our household. So to go through those pay periods without my full check … I did a TSP [a retirement plan for federal workers] withdrawal, which is money I had set aside for my retirement. I kind of dipped into that to try and help defray or cover the cost of bills, or I worked with my creditors to maybe delay payment dates and things like that to sort of lessen the burden.

In my job, we deal with sending military members to school or to training. In my position, I’ve seen training or courses that have been canceled or postponed, and I think a lot of that is in the possibility that there might not be funding available for these courses.

It is horribly frustrating to watch because it feels like we’re just numbers and they’re not seeing us as people with meaningful jobs that affect the defense of our country, and we’re just pawns. We come out here, we work everyday, we didn’t ask to be put into this political mess. We didn’t create it, we didn’t mismanage the budget, but we’re the ones being affected and taking the brunt of what’s going on up on the Hill.

Christmas is going to be sparse this year. Mine and my husband’s, our older kids, they understand more, but I don’t know how to explain to a 9-year-old that Santa Claus might not come or there might be less things for us to do this year. So we’ll focus more on volunteering and other things to bring in the holidays because we just can’t afford to do all the other things we used to do.