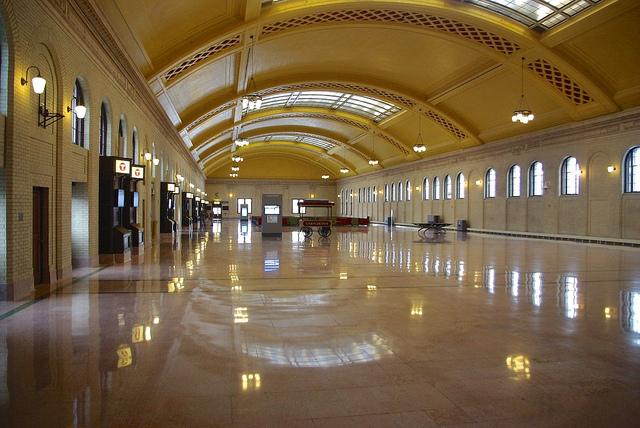 WASHINGTON — President Obama will use his Wednesday speech at St. Paul’s Union Depot to outline proposals for improving federal transportation programs and “his vision for a 21st century transportation infrastructure,” according to the White House.

Federal transportation programs are due for congressional reauthorization and updating before the end of September, and Obama will offer up his recommendations — a four-year, $302 billion package — this afternoon.

The White House didn’t delve into the details, except to highlight an additional proposal of $150 billion in funding for infrastructure improvements and transportation programs. That’s contingent on “pro-growth tax reform,” a long-stated goal for both parties, but one with a dim outlook in Congress only made dimmer Tuesday when Senate Minority Leader Mitch McConnell said he didn’t see it happening his year.

House Republicans say they want to pass a transportation bill before August to give lawmakers time to craft a compromise with the Senate this fall. A House Transportation Committee panel will meet on the bill on Wednesday morning.

Obama only briefly mentioned federal transportation programs in his State of the Union last month, asking Congress to “protect more than three million jobs by finishing transportation and waterways bills this summer.” Congress last passed a transportation authorization bill in 2012, a two-year $120 billion package that expires this fall.

Transportation authorization bills cover federal highway, transit and rail programs funded by federal gasoline and diesel fuel taxes. (Tuesday was, coincidentally, the 95th anniversary of the first gas tax, levied by Oregon in 1919.). They’re traditionally bipartisan products — the last one passed with 373 votes in the House and 74 in the Senate — but when it comes to this Congress, past performance is no guarantee of future results, as illustrated by the protracted debate over the farm bill.

Obama will also detail the latest iteration of federal “TIGER” grants, a $600 million competitive program to fund what the White House called “transformative transportation infrastructure projects” around the country. The grant program was borne out of the 2009 stimulus, and the federal government has spent $3.5 billion on it since.

The program has funded six Minnesota projects worth $65 million, including a $35 million grant in 2009 for the Union Depot, the site of Obama’s speech.