WASHINGTON — Lost amid the coverage of debt ceiling votes lawmakers took this week was a bill — approved Tuesday in the House and Wednesday in the Senate — to undo a cut to veterans’ benefits. Congress instituted the cuts just two months ago.

Everyone from Minnesota except Reps. Keith Ellison and Betty McCollum voted to undo the cuts, a 1 percent reduction in the cost-of-living adjustment (COLA) applied annually to retired, 20-year veterans’ pensions before they turn 62. The cut was part of a December budget deal and would have saved $6 billion over 10 years, with the cut itself starting in 2015.

Veterans groups appealed to legislators asking them to undo the cuts almost as soon as they were introduced. House Republicans had considered attaching the restoration of the funds to a debt limit increase, but passed it as a stand-alone measure instead, paying for the cuts by extending sequestration cuts to Medicare for another year.

The vote was overwhelmingly bipartisan in both the House (326-90) and Senate (95-3), and even some Democrats who voted against the bill said it was due to its payment mechanism, not because they didn’t support ending the cuts.

“I support restoring the pensions of military members and those of federal workers — all of whom serve to advance our nation’s safety, security and well-being,” McCollum, a member of the Appropriations Committee, said. “However, any plan to do so by shifting the cuts onto other critical services for our communities will not win my support.”

According to the nonpartisan Congressional Research Service, the COLA change would have hit up to 750,000 military retirees currently under the age of 62 (at which point the COLA increases would return to normal levels, set to the rate of inflation, for all veterans). It would have left the average future retiree with $69,000 less over their lifetime, and a retired officer with $87,000 less.

Even though veterans groups wanted a legislative fix, some still weren’t pleased with the bill undoing them. Both the Veterans of Foreign War and the Iraq and Afghanistan Veterans of America groups told The Hill that Congress should exempt all present and future military personnel, not just those active before Jan. 1.

While the cut was relatively modest on its face — shaving off just 1 percent of an increase in annual benefits, and only for veterans who plan to retire before they’re 62 years old — Jon Retzer, the supervisor of the National Service Office for Disabled American Veterans of Minnesota, said there would have an impact on veterans whose costs are above and beyond their Veterans Affairs benefits packages.

Some veterans need to buy special beds to deal with service injuries, for example, but VA programs only provide for twin beds — individuals have to pay for anything bigger than that. Between 2008 and 2011 when there wasn’t a cost-of-living increase in pension rates, “that is pretty hard for some of our veterans … Not having that cost of living hurts.”

“It’s something that we frown on, that the government would not ensure cost of living for our veterans,” he said.

But some congressional budget writers and outside groups argue this plan would have only nicked what’s become a growing part of the federal budget: compensation costs for veterans. Republican Rep. Paul Ryan, who proposed the cut, voted against undoing it this week, arguing, “[compensation costs] are taking resources away from training and modernization — and putting our troops at risk. This bill takes away over $6 billion from military readiness.”

Lawrence Korb, a former Pentagon budget official and a fellow the liberal Center for American Progress, credited Ryan for standing by the plan. He said lawmakers shouldn’t be afraid to confront veterans compensation, and listed off a series of measures Congress has instituted over the past few years to boost it, among them higher base pensions, GI Bill benefits for family members and inexpensive — often free — healthcare through TRICARE.

But Korb said veterans groups have much more political muscle than those who have called for reforms.

“I think basically the way this was framed was that it looked much worse than it was, and it looked like it affected many more people,” he said. “They overlooked all of the extra benefits that these folks have gotten.”

Walz: Vet groups would chip in 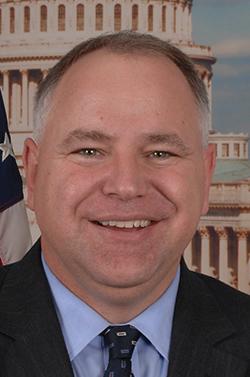 Rep. Tim Walz introduced one of the first bills to undo the cuts, back in December before President Obama even signed them into law.

His bill was designed to make up the $6 billion price tag by closing corporate tax loopholes, meaning it was never going to go anywhere in the House. But he voted for the GOP’s proposal anyway, saying it was a “tough choice between two things I think are very important.”

“I think the frustration came out of: really, that was your default position, to go to that for the savings before even talking to us about it, before coming up with other solutions?” he said of Republican budget negotiators who proposed the cuts.

Walz said the veterans groups he had heard from weren’t opposed to making some type of sacrifice for the sake of budget cutting.

“They kind of feel like they paid their co-pays and their share in Kandahar and Baghdad or back to Vietnam,” he said. “But they say, if we have to do more, just let us know and ask us on this. And the answer might be yes. But on this one, it felt to them like it was snuck on in the middle of the night, it went through on a must-pass bill where a lot of people were forced to vote on it.”